Tornado watches and warnings were issued across the region at around 2:30 p.m. Sunday after reports of damage from the town of Camden East, which is north of Highway 401 between Napanee and Kingston.

The research was done through the Northern Tornadoes Project at Western University, using online footage and accounts.

In Camden East, an EF0 tornado was confirmed, with a maximum wind speed of 130 km/h. The storm was so powerful, it blew the roof off of the Camden East Community Daycare. 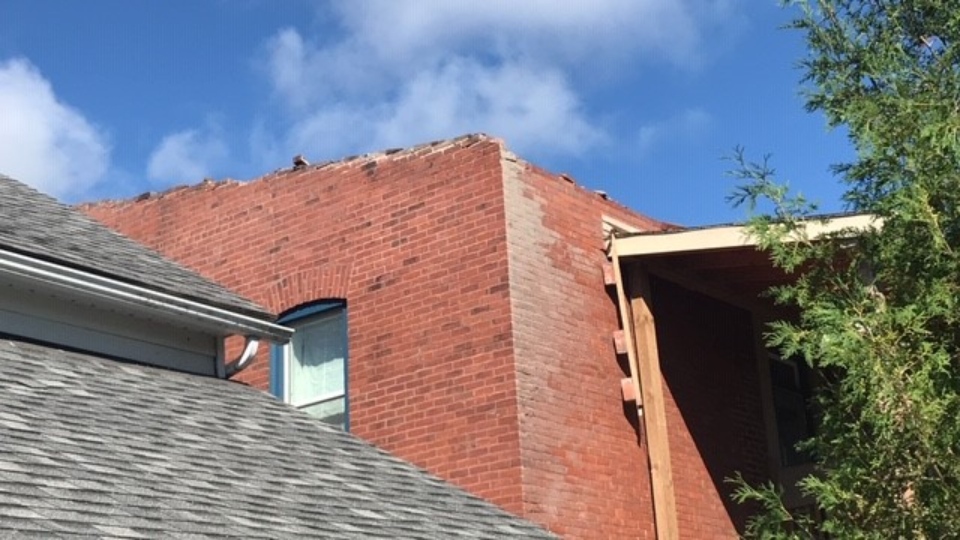 The roof flew into the store across the street.

Lindsay Noyes, co-owner of McCormick's Country Store told CTV News on Monday that no one was hurt.

"My staff were all inside and there were no customers walking around. We were very lucky," she said.

She was upstairs in her office when the storm passed by and described the sound.

"It was hard and fast, it was like a train going through the village. It’s a blur actually. We didn’t know what was going on, didn’t last long and it was over." 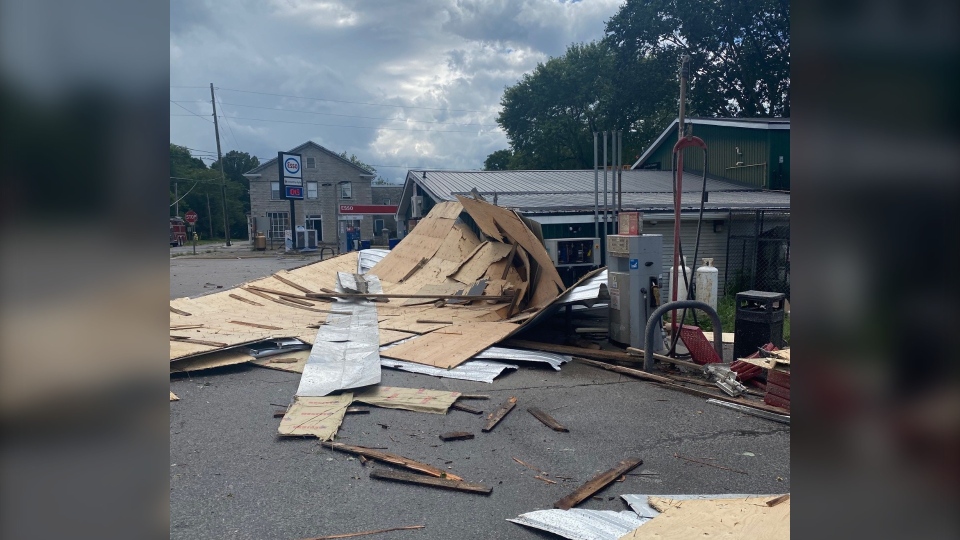 Merritt Kirby was sitting on his couch when the storm hit.

"I got up and went to the back door because it sounded like someone was pounding on the back door ferociously, pulled the curtain aside and everything was in the air," he said.

Kirby has lived in his Camden East home for 21 years, he says this is the first time a storm actually scared him.

"For the first time in my life I was scared for about 15 seconds because I didn’t know how bad it was going to be at that point."

The storm knocked century-old trees down and spread branches and debris across roads.

Residents were out cleaning up Monday. Michelle Cardinal said it brought people together.

"We were all out taking brush out the road, trying to help traffic. Everybody’s been out," she said. "We didn’t know a lot of neighbours. We all know each other now. It was a great community building experience. That’s the silver lining."

Jeff Thompson, Public Works Manager and Fire Chief of Stone Mills Township, of which Camden East is a part, told CTV News no injuries were reported following the storm.

"It could have been a lot worse. The resources and response times between EMS, OPP, Fire, Public Works, Hydro, Bell and our dispatchers were outstanding. All the agencies worked together and had restored some normalcy by 11 p.m. last night," he said.

Elsewhere in the region, an EF0 tornado with a maximum wind speed of 90 km/h was confirmed in Oxford Mills, Ont., just a short drive southwest of Ottawa. In that area, some trees were damaged, but there were not reports of any damage to buildings.

Twitter user Kelsey Rose tweeted a video showing what appears to be a funnel forming in the area and approaching the ground.

@StormhunterTWN touched down in Oxford Mills on County 18 right infront of us. pic.twitter.com/JgZr9KuGiB

In Kinmount, Ont., about an hour's drive north of Peterborough, an EF1 tornado with a maximum wind speed of 150 km/h touched down. Kimbell said there was major damage to trees along the highway in that area.

Kimbell added that storm chasers now play a significant role in determining when and where tornadoes occur.

Storms move across the region

Tornado warnings were sent to phones and over broadcast via the Alert Ready system. Memories are still fresh from the tornadoes that struck Dunrobin, Nepean, and Gatineau in 2018 but, in this case, the damage to the Ottawa area was minimal.

"We dodged a bullet," Kimbell said.

After the tornado warnings ended around 5 p.m., the watches remained in place for several hours. Weather alerts were cleared at around 10 p.m.

The storm in Ottawa brought some heavy rain, but not record-breaking rain, at least not officially. The total rainfall at the airport Sunday was 22.2 mm. The record is 34.4 mm, set in 1979.

Garrison Petawawa did see a record breaking rainfall, however. The official total was 51.0 mm on Sunday, obliterating the Aug. 2 rainfall record at the base of 32.5 mm, set in 2005.