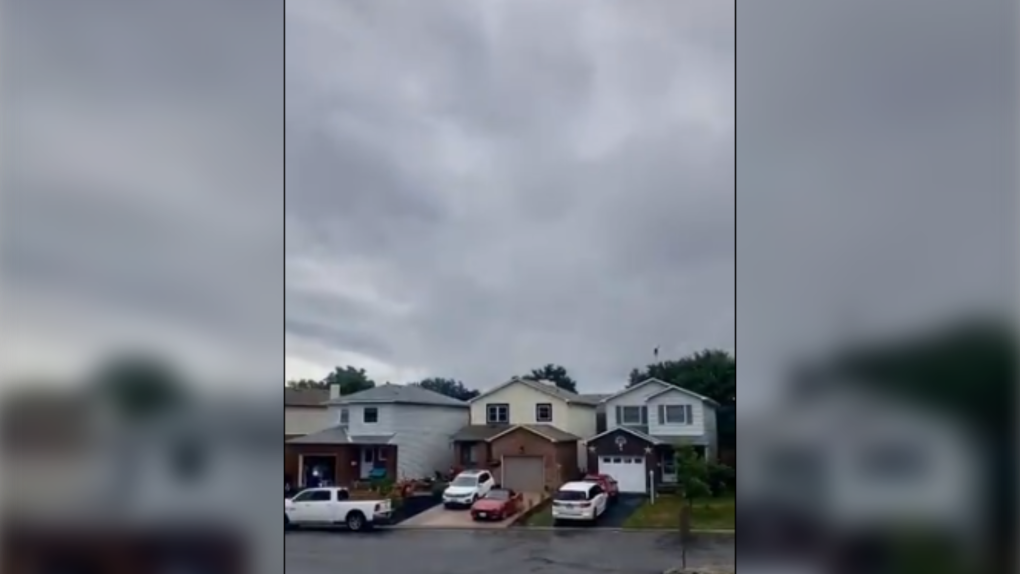 OTTAWA -- A tornado warning for Ottawa and Gatineau has ended, but a tornado watch remains in effect.

According to a weather statement for Ottawa, a storm system capable of producing a tornado was in the region. The tornado warning was issued at around 4:20 p.m. and ended at around 5:20 p.m.

A tornado watch is still in effect for the National Capital Region.

"Remember, a tornado watch means conditions are favourable for tornadoes and severe thunderstorms," Environment Canada said. "Persons in these areas should be on the lookout for threatening weather conditions and listen for possible warnings."

Tornado warnings were also issued, ended and reissued in areas to the south of Ottawa throughout the afternoon. As of 5:25 p.m., tornado warnings had ended for the Merrickville-Wolford - Kemptville area, the Winchester - Newington area, the Smiths Falls - Perth - Eastern Lanark County area, and the Westport - Charleston Lake. Tornado watches remained in effect.

Storm rotation was seen on radar and weather spotters have reported funnel clouds to Environment Canada but it is unknown at this time if a tornado touched down anywhere.

Some people shared photos and videos of the storm on social media.

@StormhunterTWN touched down in Oxford Mills on County 18 right infront of us. pic.twitter.com/JgZr9KuGiB

Those clouds didn’t know if they were coming or going. #Kanata 4:40-4:50pm. ⛈ #ONStorm #ottweather pic.twitter.com/daj6kcqdDd

Environment Canada encourages everyone to take shelter if a tornado approaches.

"In the event of a tornado, or if a tornado warning is issued for your area, it is recommended you take the following actions: Go indoors to a room on the lowest floor, away from outside walls and windows, such as a basement, bathroom, stairwell or interior closet. Leave mobile homes, vehicles, tents, trailers and other temporary or free-standing shelter, and move to a strong building if you can. As a last resort, lie in a low spot and protect your head from flying debris."

Some parts of the region are also under rainfall warnings.

A severe thunderstorm warning was in effect for Prescott and Russell, but it has since ended. The area remains under a tornado watch.

Severe thunderstorm watches are in effect for the Kingston and Belleville regions.