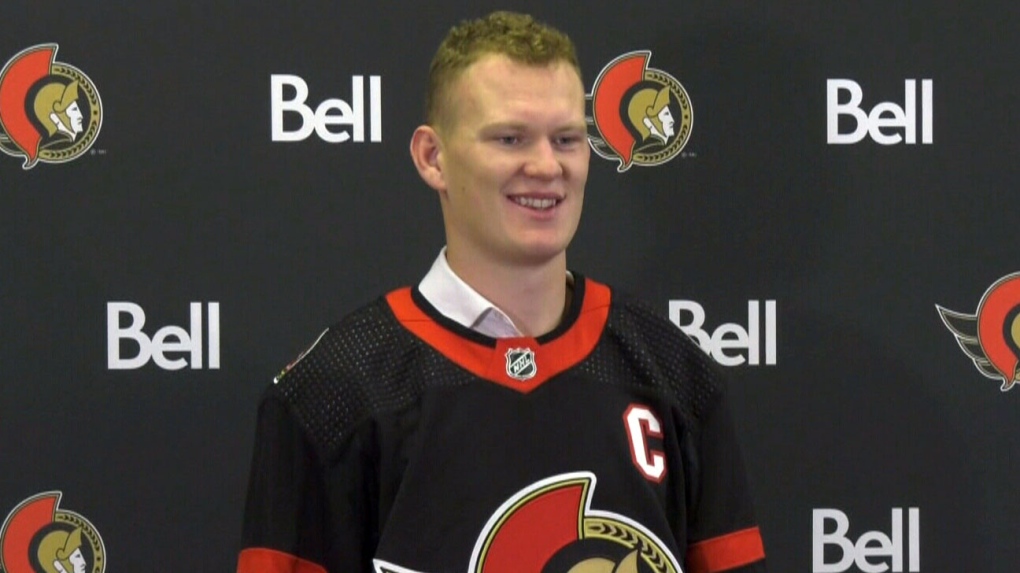 Brady Tkachuk will represent the Ottawa Senators at the NHL All Star Game next month, after forward Drake Batherson is forced to miss the game due to injury.

Batherson suffered an ankle injury in the Senators 5-0 victory over the Buffalo Sabres Tuesday night at Canadian Tire Centre.

The 23-year-old crashed into the boards after he was hit by Sabres goaltender Aaron Dell while attempting to skate around the net. Batherson left the game and didn't return.

"It's interference, (Batherson) wasn't in the path of the goalie and at the last second he steps in and hits him," said coach D.J. Smith after Tuesday's game.

Dell was given a three-game suspension for the play.

This will be the second all-star game for Tkachuk, who represented the Senators at the 2020 game. Tkachuk has 12 goals and 15 assists for the Senators this season.

NHL All-Star Weekend is set for Feb. 4 and 5 in Las Vegas.

Early Wednesday evening, the NHL announced Dell had been suspended three games for interference on Batherson.

With Quebec confirming an additional 10 cases of monkeypox identified in the province, the Public Health Agency of Canada says they are monitoring a total of 15 cases across the country.

Prime Minister Justin Trudeau says his 'heart breaks' for those impacted by the 'horrific' shooting at an elementary school in Texas that killed 21 people on Tuesday.

Crews are working to restore power to more than 150,000 Ontario customers who are still without hydro after a deadly storm swept through the province on Saturday.

Johnny Depp was back on the witness stand Wednesday in his libel suit against ex-wife Amber Heard.

Golden State Warriors coach Steve Kerr refused to talk about basketball at a pre-game news conference on Tuesday and instead called for stricter gun control after the killing of at least 18 children and an adult in a Texas school shooting.