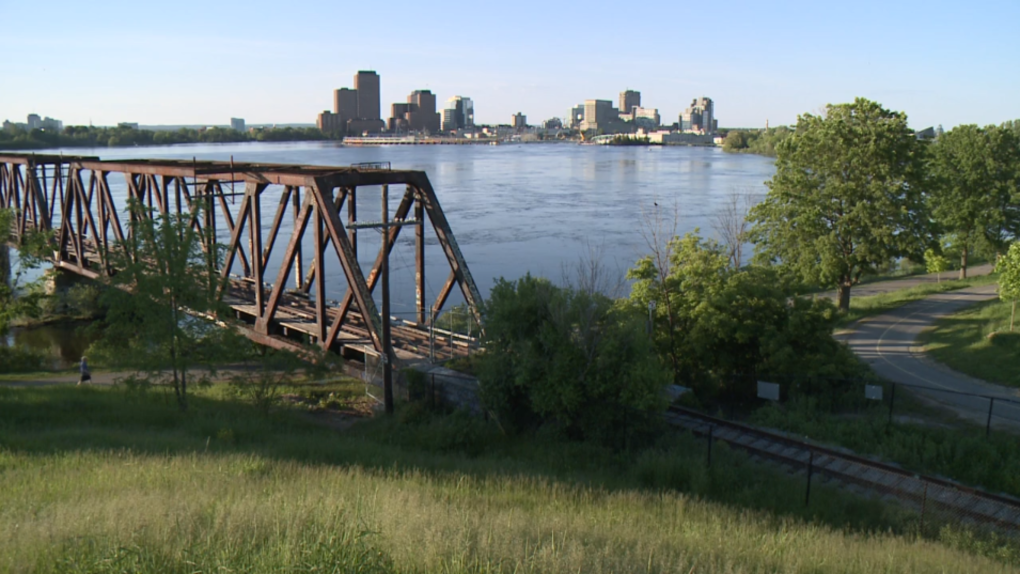 File photo of the Prince of Wales Bridge spanning the Ottawa River between Ottawa, ON. and Gatineau, QC.

OTTAWA -- The Lifesaving Society is encouraging people to swim in supervised areas, know your limits in the water and check the environment for any dangers after two people drowned in the Ottawa River within a 24-hour period this weekend.

"One of the biggest dangers is swimming in unknown waters, from what we've been seeing on the rivers," said Chris Wagg, vice-president of public education for the Lifesaving Society in an interview with CTV News at Six.

"We're always encouraging people to swim in supervised areas and know your limits, so that you're not pushing those limits where you’re going to find yourself in trouble."

Ottawa Police say a 14-year-old is presumed dead after jumping into the water off the Prince of Wales Bridge Friday night. The boy was with a group of young people on the bridge connecting Ottawa and Gatineau when he disappeared in the water.

On Saturday, a 20-year-old man died after going missing while swimming at Britannia Beach. Police said the man's body was recovered nearly six hours after witnesses saw him go into the water but did not resurface.

Britannia Beach is closed this summer while work is conducted on the beach, and lifeguards are not on duty at the popular west-end beach.

CTV News at Six anchor Stefan Keyes asked Wagg how swimmers could assess their own limits while swimming in rivers instead of a pool. Wagg says distance can be hard to gauge while swimming in larger bodies of water, and several factors can come into play that may present a danger.

"So if you're swimming and you may be dehydrated, so your endurance is down you may become disoriented very quickly and lose track of the point of entry that you came in on, and then to turn around the distance may be longer."

After two people drowned in the Ottawa River over the weekend, Wagg said it is harder to gauge where you are while swimming in the river.

"Think about where you've been all day, if you've been having some alcoholic beverages, anything else that might impair your judgement," Wagg said on Sunday evening.

"So really making sure that you're in top shape, especially going out into open water. The pools, when we have supervised settings, is always the best place to be."

The City of Ottawa's pools and wading pools begin to open for the summer on Monday. Wagg says the City of Ottawa has put safety measures in place for swimmers, but parents have a role to play to keep kids safe in the water.

"We're really encouraging parents to be in the water with their kids. We have some leisure swims, so staying within arms reach of your child is always really important."

Ottawa Police continue to investigate the two drownings on the Ottawa River this weekend.

On Saturday, Sean Duffy of the Lifesaving Society issued a reminder to swimmers looking to cool off, "Drowning can happen in an instant, in a few seconds, and even strong swimmers can drown."

"It's very important to check the environment, to know your limits, to enter the water feet first and understand the depth before jumping from any particular height."