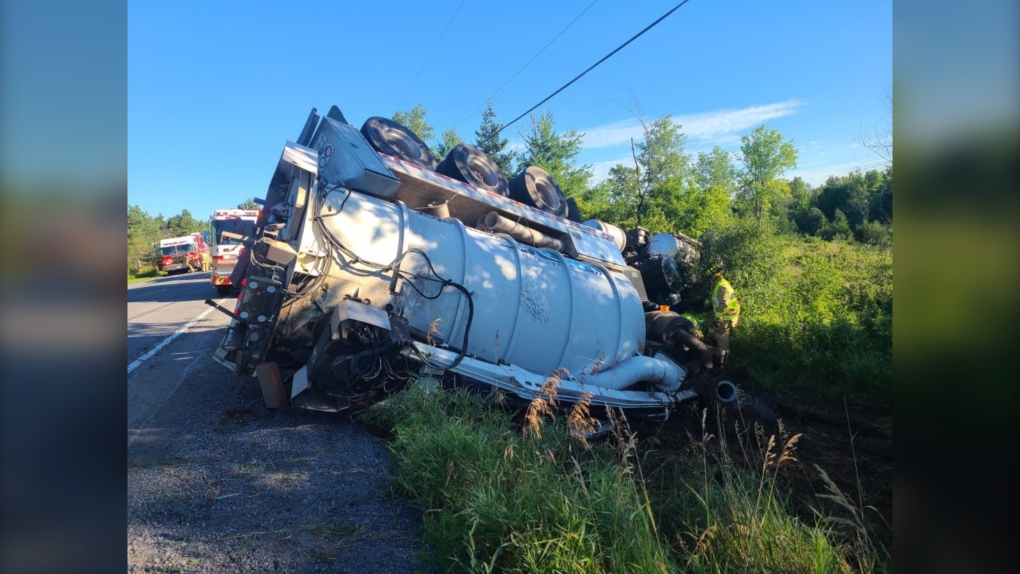 Ottawa firefighters have contained a fuel leak after a tanker truck rolled over in rural west Ottawa.

The crash happened just after 7 a.m. Wednesday on Dwyer Hill Road between Purdy and O'Neil roads. Callers to 911 reported smoke from the vehicle and gasoline leaking, fire officials said.

The engine was smoking due to overheating and firefighters quickly contained the guel leak. The truck did not strike any hydro lines.

The driver was not trapped and did not require extrication.

Police are in the area directing traffic.