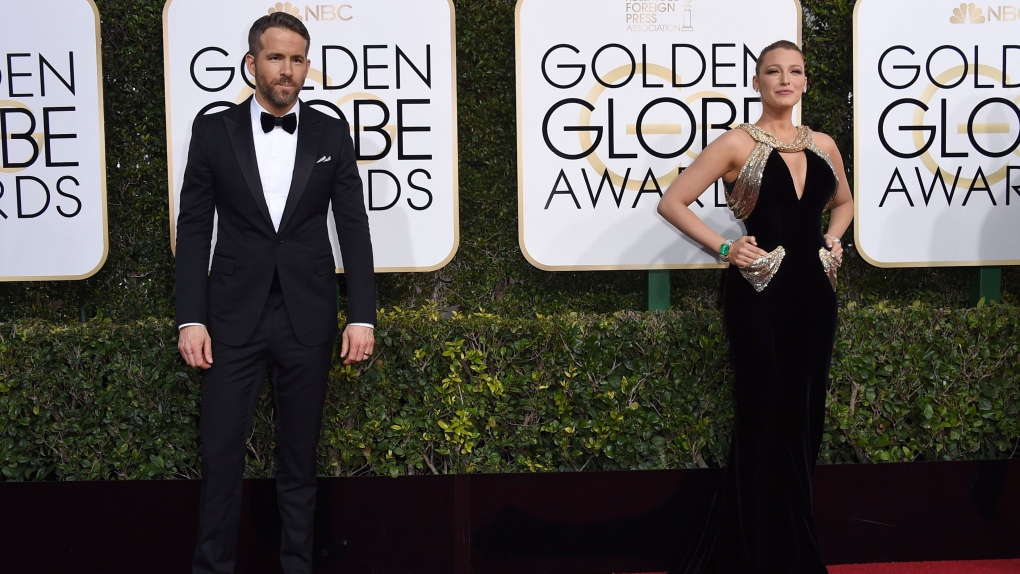 Ryan Reynolds and Blake Lively, seen here at the Golden Globe Awards in 2017, are making a donation to the Ottawa Food Bank during the COVID-19 crisis.

OTTAWA -- Ryan Reynolds and Blake Lively are the latest celebrities to make a donation to the Ottawa Food Bank during the coronavirus crisis.

"Blake and I are so happy to give back to a country that's given us so much," Reynolds said in a statement posted to the food bank's Instagram page.

"I used to live in Ottawa (in Vanier). It holds a special place in my heart. So happy to donate to your amazing food bank."

The A-list actors have pledged $1 million to food drive organizations on both sides of the border: Feeding America and Food Banks Canada.

"He liked a tweet that we had sent out, and a few minutes later we noticed that he had made a donation and sent us a nice email saying that he was really a fan of our work and wanted to support us," Maidment told CTV News Ottawa.

"We were pretty excited."

Maidment said along with the financial imapct, a donation from a Hollywood star with a local connection gives the entire food bank a boost, including its staff.

"The first thing that we did was share it with our team, just to give them a boost and give them a little bit of encouragement," he said.

Reynolds and Lively are just the latest major celebrities to donate to the Ottawa Food Bank.

‪Thank you @vancityreynolds and @blakelively for all you are doing for food banks across the country and right here in #OttCity. It means so much to us, our partner food banks, and our neighbours. #OttNews ‬