RENFREW -- When the lumbermen of the Ottawa Valley drove logs down the river to local sawmills more than a century ago, they likely never imagined those old-growth timbers would one day be music to our ears.

Then again, they never knew Ben Seaman and Scott Rathwell, two valley lads with a shared passion for wood, music, design and engineering.

"I live on the Ottawa River," said Seaman.

"So, every Spring, I would see these historic logs wash up on my beach," he said.

"The wood is such high-quality wood.  It’s sought-after all over the world for its density and grain pattern.  I knew people were making furniture out of it, so I wanted to make a speaker for my house," said Seaman. 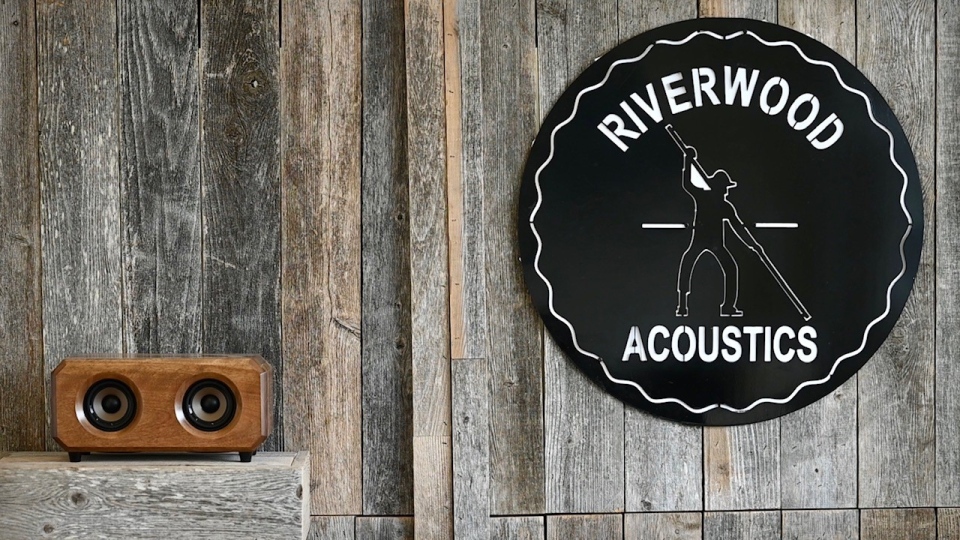 Seaman and Rathwell met at their children’s daycare.  Their kids and wives became friends, and the two engineers realized they had a lot in common.

"Ben was over at the house for one of the kid’s birthday parties and he started talking about this idea to build these speakers using wood from the river," said Rathwell.

"I think I said, 'you know I have a woodshop in the basement, right?' So, down we went to the woodshop.  The napkin sketches started, and the rest is history," he said.

With history on its side, Riverwood Acoustics was born.  It’s a locally grown company, handcrafting premium wood speakers with an unrivaled tone and distinctive elegance.

The speakers may be small, but the sound is big.

The two designers built several prototypes, making the necessary changes and adjustments, to achieve the sound they were striving for.

Their combined passions and skill sets helped them produce a speaker that "sings to the acoustic gods."

"Once we got it to where we wanted it, it was spectacular.  We knew we had a hit.  Almost a perfect sounding speaker," said Seaman.

"Really pleasing to the ear." 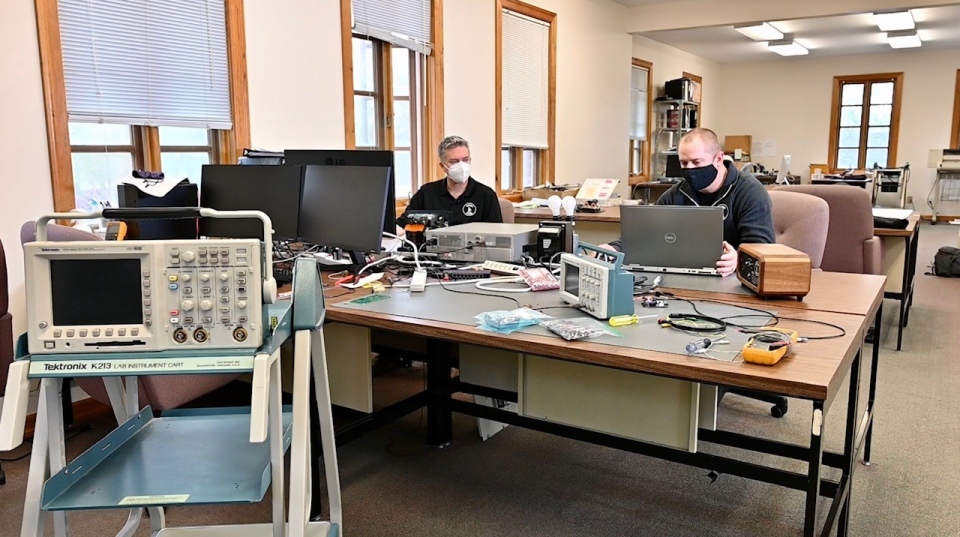 The small, but growing company was given a boost one year in, when Seaman and Rathwell won a start-up contest through Renfrew County Future Development.

"We were lucky enough to win a $100-thousand grant to help us move forward.  That has been completely instrumental in getting us rolling and starting this thing down the path we’re on now," said Rathwell.

Riverwood Acoustic now boasts two locations and more than a dozen employees.  In Arnprior, the speakers are designed, engineered and tested.  Renfrew is home to the company’s production facility, where speakers are assembled, tested and shipped (at no cost) to the consumer.

There are currently two models available—the Hudson and the Madawaska. They’re Bluetooth compatible and warrantied for life.  They retail for $799 and the company frequently announces "flash sales" on its website and social media pages.

A pair of bookshelf speakers is in development, along with the company’s next generation 2.1 surround bar.  It’s 54 inches long with an integrated subwoofer.

"And it hooks up to your TV. We’ll have an HDMI input so you can have this beautiful sounding and looking speaker for the TV mantle," said Seaman.

The speakers are getting five-star customer reviews and a 'thumbs up' from several recording artists, along with venture capitalist and TV personality Bruce Croxon.

"The response has been tremendous," said Seaman.

While Seaman and Rathwell have full-time jobs working for other companies, Riverwood Acoustics is a part-time passion project that consumes much of their lives.

And they wouldn’t have it any other way,

"This is definitely a passion of mine. Creating a product for people, while we get all these positive reviews. It’s a great feeling." 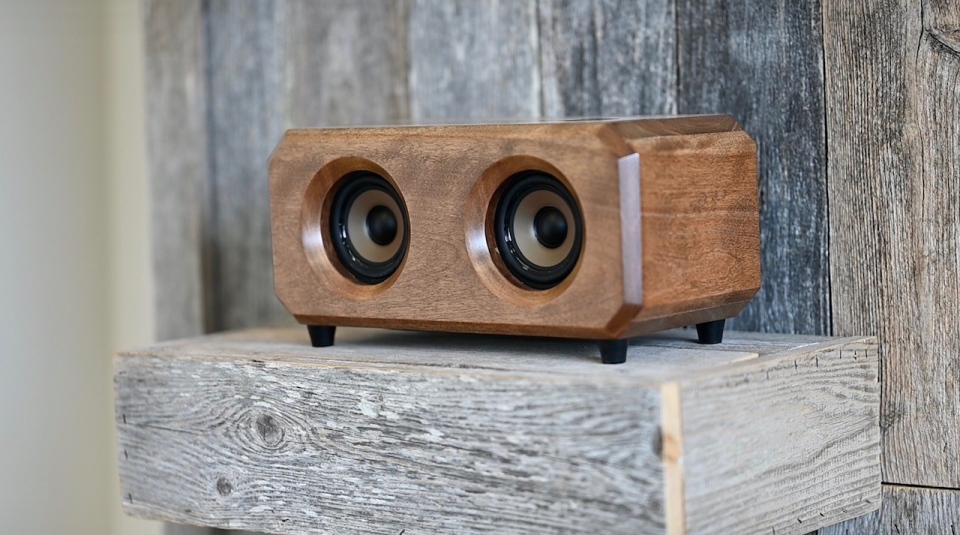 Seaman and Rathwell are excited to watch their business evolve and grow.

"Growing up in this area, we saw a lot of industry moving away from here," said Rathwell.

"One day we’d like to have this fully set-up, somewhere local so we can create some more jobs, bring back some local manufacturing and help the area grow," said Rathwell.

"It’s been quite a ride. Something that could last a lifetime."