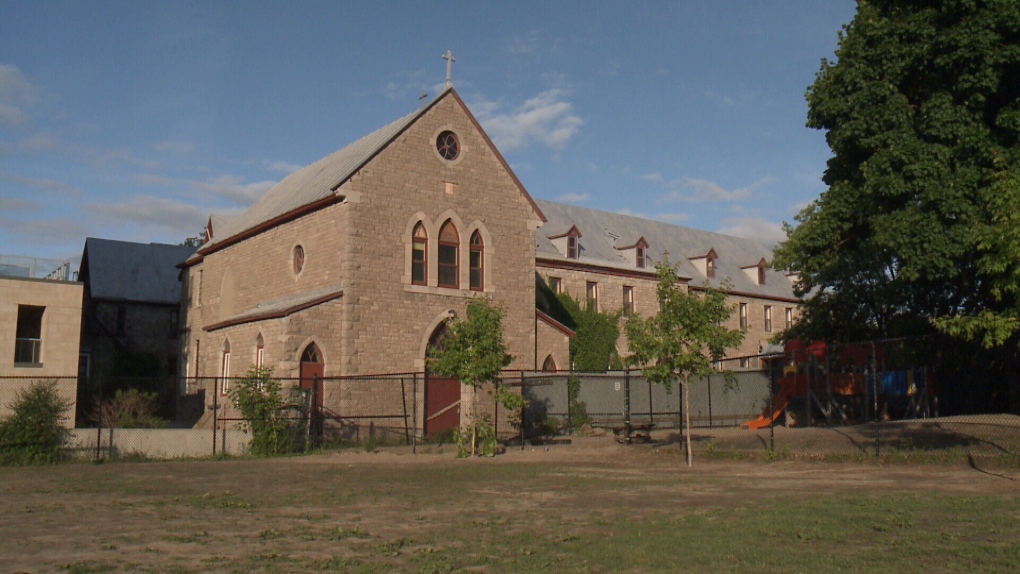 Westboro residents are outraged over the latest plans to development a convent on Richmond Road, voicing their concerns at an open house in Westboro Wednesday night.

The Sisters of Visitation Convent was built in 1880. The land it sits on has been purchased by Ashcroft Homes. The current application proposed a new 9-storey building at the rear of the Convent, as well as tearing down the south wall and a portion of the west wing. This would be a mixture of residential and restaurant uses. The courtyard will be modernized and made accessible. These plans would also require new re-zoning to allow for new built form within the heritage boundaries.

Residents are concerned about parking as well as an increase in traffic.

Amos Hayes says, “The neighborhood is changing a lot but if you look at what those surrounding roads can handle, I think it’s going to be a traffic jam every day and that really bad for little residential streets.”

Keiran Watson with Ashcroft Homes says, “I understand the concern for more traffic coming through, that being sad the plans have always had traffic coming off Shannon street and Leighton street.  That hasn’t changed from our initial approval.”

The proposal still has to be passed by city council.