Rally calls on Ottawa to defund the police

OTTAWA -- Dozens of people gathered in Dundonald Park in Ottawa's Centretown neighbourhood for a peaceful rally calling on Ottawa to defund the police.

Groups were here for different reasons, but one common goal, to spread awareness.

"Systemic racism is something that has been running rampant for as long as any of us can remember," says Basudde.

"It’s been engrained in our society, and students are suffering as a result. And we think now is the time more than ever for people to stand up and expect more from our school boards. To expect more from our leaders. To really attack the racism that has been going on and make our educational system anti-racist."

Souheil Benslimane of the Criminalization and Punishment Education Project says he wants change.

"There’s this sort of general ideology that its not our issue, its the states issue. Which I really think that needs to change," says community member Leith Ross.

Not only do the demonstrators want to redirect funds away from police services, some want them gone all together. 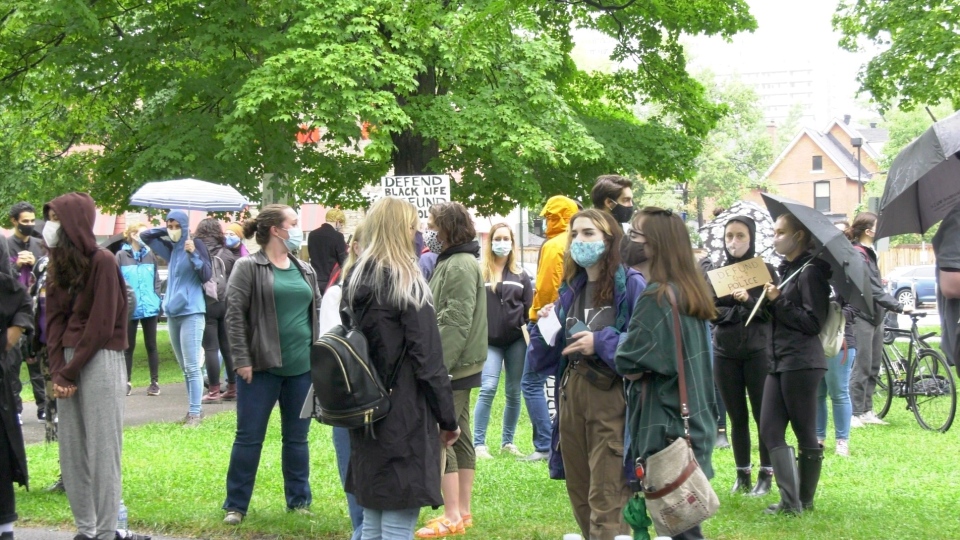 Community member Mumina Egal says, "Often time I hear people state that, 'what’s gonna happen if we don’t have the police? If the police aren’t here, then who’s gonna deal with the crime, who’s gonna deal with violence, who we gonna call?' I think we need to put the onus on ourselves as citizens to come up with those solutions for ourselves. And solutions that don’t harm our communities and only help to deal with conflict resolution. In a safe and not a fatal way."

Peolpe here say they want change, and they won't stop until they get it.