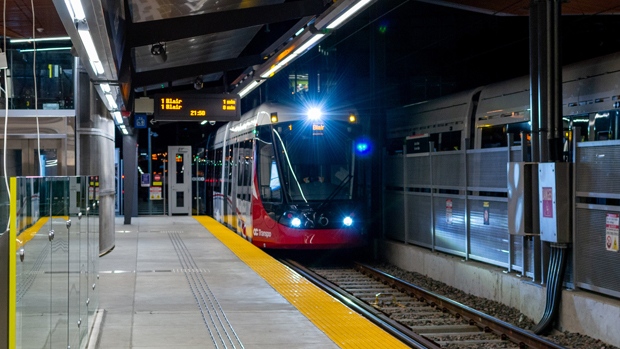 Ever wondered where the unofficial entrance to the Parliament LRT station is?

What about the mysterious level “M” at the same station, an area you can see, but can’t access?

These are the mysteries of Ottawa’s new LRT system, floated by the “O-Train Fans” website.

It’s run by Shane Seguin, an unabashed O-train supporter, who is thrilled Ottawa finally has a train system running through the core.

“I’ve always been a fan of Montreal’s Metro.  Having something like this in Ottawa is fantastic”, he says.

Seguin has just released his second “check-list” for rail fans riding the LRT. He was surprised at the number of people who embraced the first check-list as the system launched, hitting every station searching for his clues.

“One guy made a Youtube video of himself going through the checklist. He got some of them wrong.”

Seguin’s enthusiasm for the new rail system has been celebrated by Mayor Jim Watson, and embraced by OC Transpo. They’ve given him behind the scenes access.  He says his site is packed with details you won’t find anywhere else.

“The best part of O-Train Fans, we have a lot of information about the stations and the trains, as well as behind the scenes videos, and the training simulator”, he says.

As for the high profile problems experienced during the first week of full service, Seguin thinks things will get sorted out.

“I have a lot of faith and belief in the system, and I think it’s going to work out well.”

He also envisions an interconnected underground city between buildings in the downtown LRT stations similar to Montreal’s underground connections and Toronto’s PATH system.

“I’m blown away by the three downtown, underground stops. There’s a mini-Metro in Ottawa right now.”

He’s looking forward to Phase 2 LRT reaching the airport, east and west by 2025. And he’s promising a new “checklist” for riders every month.

Our second edition of the O-Train Fans Rider’s Checklist is now available. You can find it here. Happy riding and have fun. https://t.co/7txYqgXGZ8 #ottlrt #ottawa #octranspo #ottawalrt #ottcity