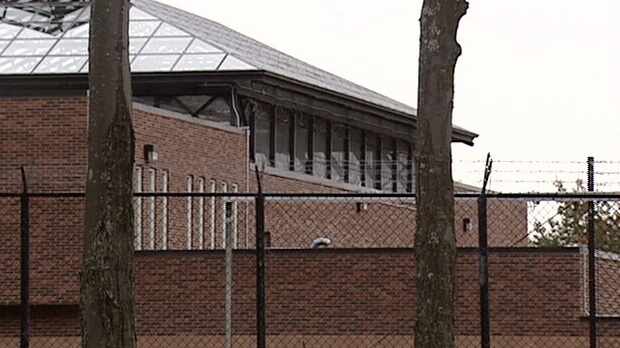 Inmates at the notorious Ottawa Carleton Detention Centre (OCDC) say there are not enough resources in the prison to treat addictions, that, if left unchecked, could lead to inmate deaths.

That is according to a new report from a group of Ottawa university professors who received over 650 calls in three months through the Jail Accountability and Information Line (JAIL): their emergency call line for OCDC inmates.

The report says half of those calls were from inmates who reportedly waited for weeks to access opioid substitution treatment medications. The report claims the wait caused dozens of OCDC to experience “excruciating withdrawal symptoms.”

For those that did get access to medication, the experience was not much better. Many inmates said they were not provided with the right dosages of methadone or suboxone (key drugs to counter opioid addiction) and that the drugs would be given at irregular times. These realities, the report continued, have largely been ignored by the Ontario government.

“JAIL hotline callers have identified a number of issues that suggest the Ontario Ministry of Community Safety and Correctional Services is not positioning the institution as well as it could to avoid future catastrophes,” the report concluded.

Government officials did not immediately respond to a request for comment.

This is just the latest in a series of criticisms against the jail in Ottawa’s east end, which has a long documented history of bad conditions, old food and overuse of solitary confinement cells. The east-end prison just off of Innes Road in Orleans is where 585 inmates from across the province do their time. The jail also holds some prisoners while they wait for their day in court.

JAIL volunteers heard from callers in various stages of their sentences, and some that were recently released, that blamed the medication shortages for their relapse into drug use after their sentence ended.

“Within three weeks they tapered me down to 2 millilitres,” one caller recalled in the report. “After release I wasn’t able to make it to my methadone clinic and ended-up overdosing.”

Inmates said prison health officials told them to call Recovery Ottawa, an addiction treatment clinic in Vanier, to sign off on patient agreement forms, which are required to start treatment. Inmates said in the report that they have difficulty getting these forms because Recovery Ottawa does not take collect calls.

A spokesperson for Recovery Ottawa said that they regularly confirm the opioid substitution therapy doses for inmates and send them off to third parties or the inmate's doctors to get the recovery process started. Prescriptions for methadone or suboxone treatments are then given to the inmates by their own doctors.

The report recommends that OCDC doctors be able to prescribe short term prescriptions for substance abuse medications if calls are not able to be directed to healthcare agencies.

The prison’s phone system operator is also being asked to allow inmates to make non-collect calls to community service providers so they can get the right healthcare advice. Prescription services

Outside of the prison walls, Ontario and the country at large is still experiencing a “serious opioid crisis,” according to a December report on on substance abuse.

The report shows 1,036 people died from opioid-related causes in the first three months of 2018, bringing the total to more than 8,000 since the beginning of 2016. Most of the deaths were unintentional and involved fentanyl, a powerful painkiller.

In January, Ontario and the federal government both pledged $51 million each (for a total of $102 million) to increase treatment options for people with substance use disorder. The funds were part of a long term strategy to help fight the opioid crisis currently gripping the country.