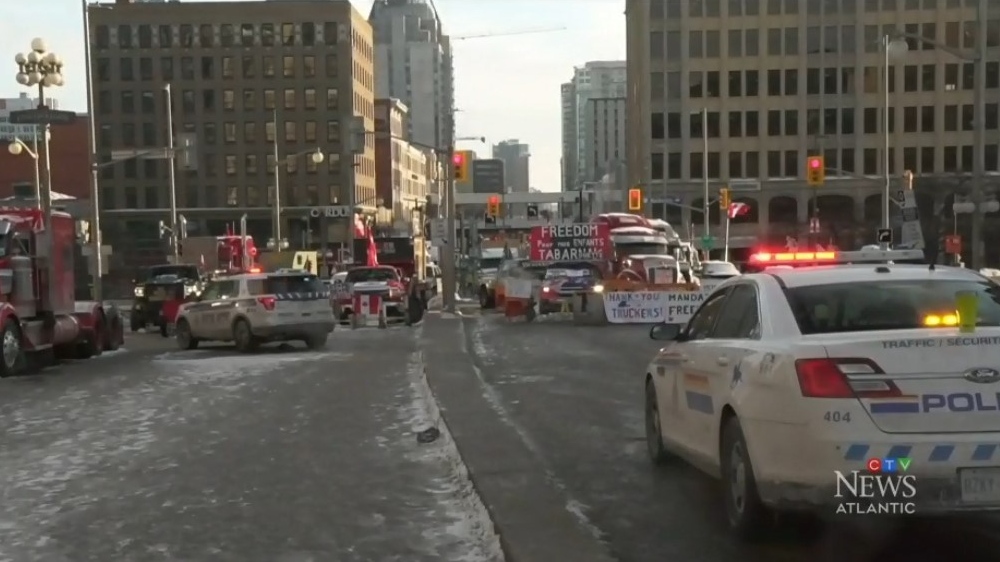 Ottawa police laid more than 500 charges during the "Freedom Convoy" occupation in downtown Ottawa last winter, with a majority of the charges issued as police moved in to end the demonstration.

And the policing bill for the three-week protest in downtown Ottawa hit $55 million.

The Ottawa Police Service Institutional Report tabled for the Public Order Emergency Commission this week outlines the service's response to the occupation from Jan. 28 to Feb. 23, including the number of officers deployed, and the number of arrests and charges.

A total of 310 people were arrested during the convoy protest from Jan. 28 to March 12, according to the documents, with 140 individuals facing charges.

Police say 553 charges were laid during the convoy protest in downtown Ottawa, including 214 for Mischief/Mischief Obstruction Property and 112 for Obstruction/Resisting a Peace Officer. Another 84 charges were issued for "Disobey Lawful Order of Court".

Eleven charges were laid for assaulting a peace officer during the protest in downtown Ottawa, along with six charges for assault.

The federal government invoked the Emergencies Act on Feb. 14.

The report shows the RCMP deployed 1,015 officers to Ottawa, while the Ontario Provincial Police sent 948 officers.

The Ottawa Police Service incurred a total of more than $55 million in costs associated with the "Freedom Convoy", including salaries for Ottawa police officers and payments to external policing agencies to cover staffing, accommodations and travel.