Police on both sides of Ottawa River warn of thin ice 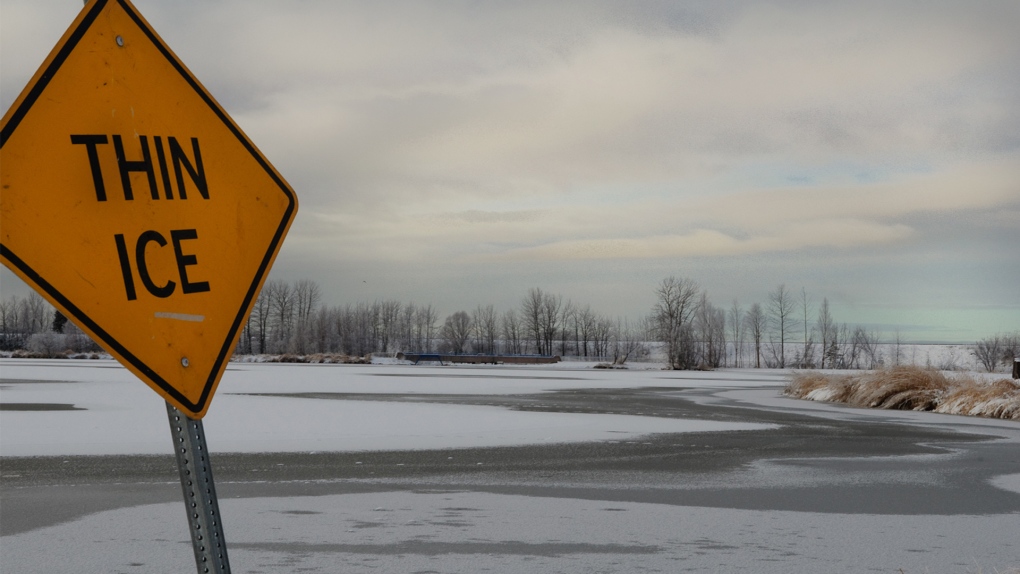 OTTAWA -- Police services on both sides of the Ottawa River are warning that any ice that has formed on bodies of water in the region is still too thin to support people who venture onto it.

"Despite the recent cold temperatures, many bodies of water will not have developed thick enough ice to support recreational use," the Ottawa Police Service said on Saturday. "Falling through the ice is a significant hazard due to the risk of the sudden onset of hypothermia which is a medical emergency."

"Our colleagues from the fire department carried out checks and the observation is clear: ice is not safe; it is too early to venture there," the SPVG said in French. "We know people want to move and get some fresh air, but it’s not worth it if they put their lives at risk."

The region experienced a few days of unseasonably cold temperatures, but not enough to create sufficiently thick ice surfaces for activities such as skating.

The Canadian Red Cross says ice must be at least 15 cm thick for a single person to stand or skate on it safely, while 20 cm is required for larger skating parties. Ice should be at least 25 cm thick for snowmobiles to be able to cross safely.