Pace of vaccination slows in Ottawa; 82 per cent of eligible residents have one dose 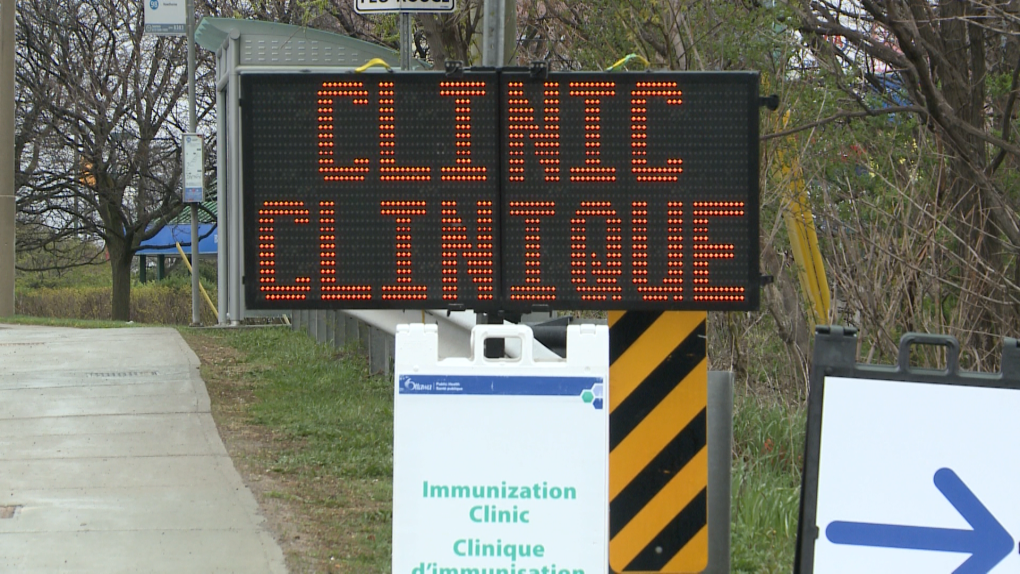 A pop-up COVID-19 vaccine clinic at the AMA Community Centre at 1216 Hunt Club Rd. in Ottawa on May 5, 2021. It is for adults 18 years of age and older who live in five areas identified by Ottawa Public Health as high-risk communities.

Ottawa Public Health says 104,804 doses of COVID-19 vaccines were administered in Ottawa between July 11 and 17, a 21 per cent drop from the week prior, which saw 132,511 doses administered.

The city officials overseeing the rollout expected a slowdown in the pace of vaccinations. Emergency and Protective Services General Manager Anthony Di Monte told reporters last week that the city was looking at the eventual closure of some community clinics that are not seeing a lot of traffic.

"This is a normal evolution of the operation," he said. "There's just not as many people left to do. So, 11 (community clinics), maybe that's over capacity and we want to start titrating that and turning some of that down. We're not going to have staff standing there in those operations if we don't have enough people to vaccinate. We'll return those staff back to their core operations."

In an effort to make vaccinations as easy as possible to access, the city is offering a limited number of doses for walk-ins at select community clinics each day. These doses can be used for first or second shots without an appointment, provided the individual meets the age criteria for first doses and it has been enough time since their first dose to qualify for a second.

To date, 82 per cent of the population of Ottawa 12 and older has received at least one dose of a COVID-19 vaccine and 64 per cent is fully vaccinated, up from 81 per cent and 54 per cent, respectively, as of last Monday.

Vaccinations have been lagging in adults 18 to 39 as a share of their population, with 71 per cent of 18 to 29-year-olds and 72 per cent of 30 to 39-year-olds having had their first dose, the lowest coverages of any other age group in Ottawa. Second doses among this demographic continue to rise at a similar pace to other age groups, however, suggesting that those who do get their first shot are not inclined to skip their second.

In an effort to encourage vaccinations among young adults, OPH is holding three pop-up vaccination clinics this week at the downtown Hudson's Bay via its George Street entrance for anyone 18 to 39 from anywhere in Ottawa. Residents 12 and older who live in high-priority neighbourhoods are also welcome to be vaccinated at these clinics.

Vaccination coverage by age for Ottawa residents who are fully vaccinated