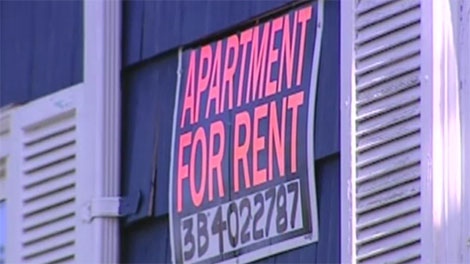 OTTAWA -- Ottawa’s vacancy rate increased last year, but the cost to find a place to live jumped more than eight per cent.

A new report from the Canada Mortgage and Housing Corporation shows the apartment vacancy rate in the capital was 1.8 per cent in 2019, up from 1.6 per cent in 2018.

By area, there was an increase in vacancy rates in Sandy Hill/Lowertown and the downtown area.

The average cost of rent for a two-bedroom apartment increased to $1,410 in 2019, up from $1,301 in 2018. CHMC says asking rents in western Ottawa and surrounding areas, including Kanata, saw rents 62 per cent higher than the CMA average.

The average rent for a bachelor apartment was $933 a month, while a one-bedroom apartment cost $1,178 a month.

Across Canada, the vacancy rate for rental apartment units declined to 2.2 per cent in 2019, its lowest level for all bedroom types since 2002.