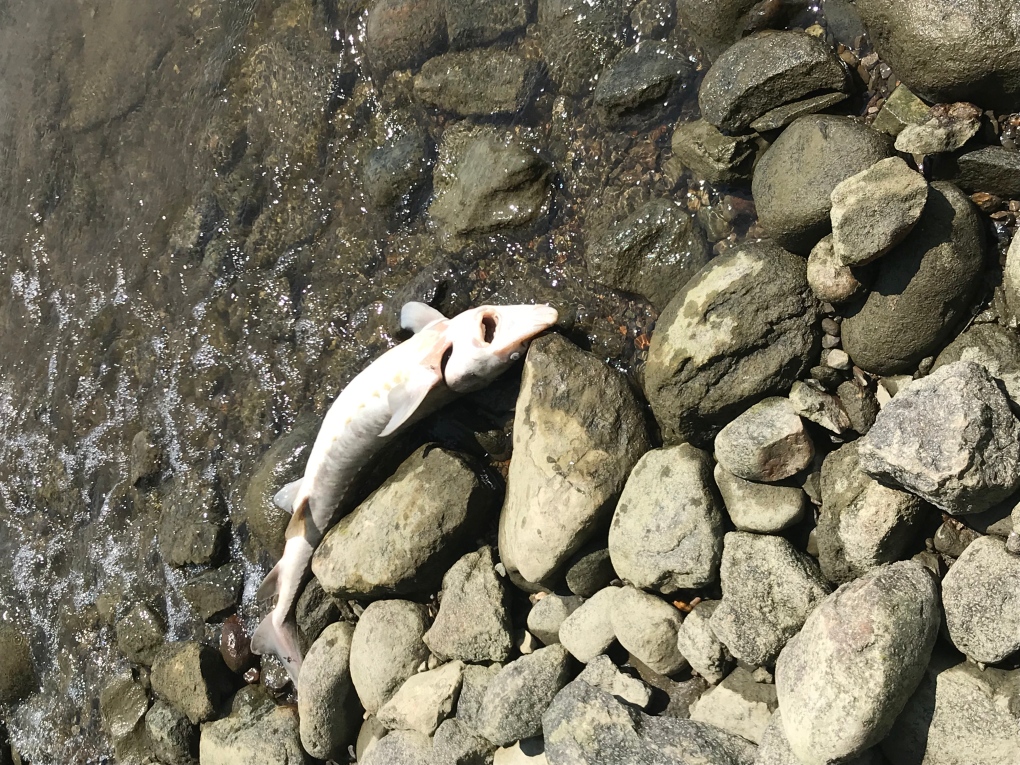 Government officials are on the Ottawa River, east of the capital, trying to determine what is killing hundreds of fish, eels and leaving some birds ill.

They've determined the source is the Lievre River in Quebec but they're not sure of the cause.  Hundreds of dead fish have been spotted all along the Ottawa River from Cumberland to Rockland.

It's been two days now single anglers and cottagers have been noticing hundreds of dead fish in this area of the Ottawa River, hundreds of them, all sorts of species.  And now the hunt is on to find out why they're dying.

Eric Champagne has grown up along the Ottawa River, fishing every chance he can.  But not lately.

“If I wasn't here on the boat with you guys now,” he says, as he took CTV Ottawa around the Ottawa River in Rockland, “I wouldn't be out here today. No way.”

Everywhere he looks, Champagne sees dead fish, muskies, carp, catfish, even eels.  The smell - and the look of the water, he says, is odd.

“Basically if you look out on the river, every white spot is a dead fish at this point,” he says, “You could lose count, there are so many.  They have got to get to the bottom of this, this is crazy.”

The Executive Director of the Ottawa Riverkeeper, Patrick Nadeau, says they are trying to get to the bottom of it, as he walks along the shoreline in Masson-Angers, “Here’s a dead sturgeon,” he points out, with its mouth wide open, “It makes me sad because there are not a whole bunch of these.”

Authorities from the Quebec, Ontario and federal governments have been out on the water taking fish and water samples.  The results will take a couple of days.

“At the end of the day, the fish are dying from lack of oxygen,” says Nadeau, “There's a wide variety of factors that could cause that. Because it’s affecting a wide variety of species, it is probably something that happened to the water. So, whether it is a spill or sewage or industrial in nature, it is too early to tell right now.  But the working hypothesis is that something got into the water.”

Nadeau says the source has been determined to be the Du LièvreRiver, which is a tributary of the Ottawa River just upstream of the ferry.

Stephane Ouellette has driven that ferry for 32 years and says he's never seen anything like this.

“There are a lot of dead fish,” he says, “You see this side, big fish and I have never see that, never, never.”

“The Ministry has no indication that there is any link to any spill in the Outaouais River,” Sophie Gauthier, the Director of Communications wrote in French, “Tests conducted so far have not revealed any evidence of a spill.  The Ministry is still conducting tests to ensure this is the case.”

The Ottawa Riverkeeper is recommending people not eat the fish until it is clear what's killing them.  The municipality of Clarence-Rockland says tests show their drinking water, though, is safe for consumption.