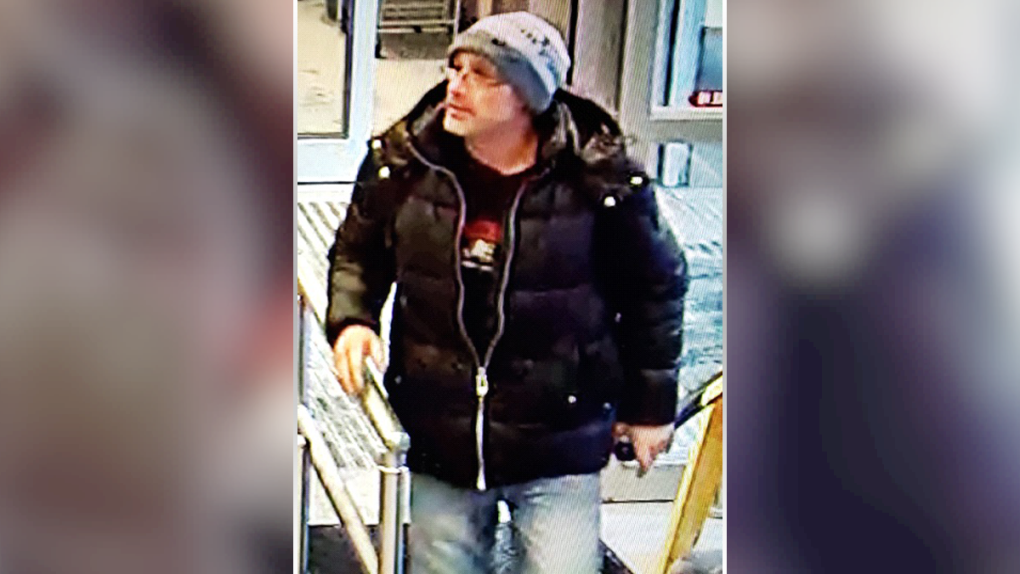 OTTAWA -- Ottawa Police are asking for the public's help identifying a suspect who is accused of robbing a liquor store at knifepoint.

Police say a man entered the store on Bank Street near Gladstone Avenue at around 4:40 p.m. Sunday, Feb. 9, 2020. According to police, the man attempted to hide a bottle of alcohol in his clothes and leave the store. When he was approached by staff, there was a brief struggle until the suspect allegedly pulled a knife, at which point the employees backed off.

The man left on a bicycle.

He was wearing black shoes, blue jeans, a black winter jacket, reading glasses, a black backpack, and a grey tuque.