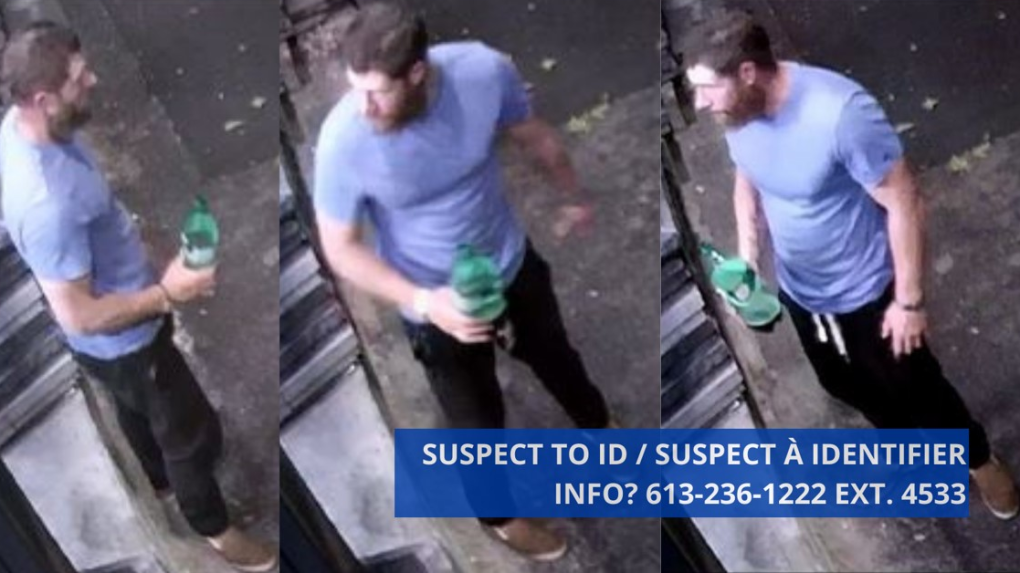 Ottawa police are asking for the public's help to identify a suspect in a Somerset Street East break and enter on June 3. (Ottawa Police Service/Twitter)

Ottawa police are asking for the public's help identifying a suspect who allegedly broke into an apartment and made sexual comments to the occupants.

The Ottawa Police Service Break and Enter Unit is investigating a residential break-in at approximately 12 a.m. on June 3 at a home on Somerset Street East in Sandy Hill.

Police say the suspect forcefully entered the home, made sexual comments to some of the female occupants and then fled the scene on foot.

A Russian airstrike on residential areas killed at least 21 people early Friday near the Ukrainian port of Odesa, authorities reported, a day after the withdrawal of Moscow's forces from an island in the Black Sea had seemed to ease the threat to the city.