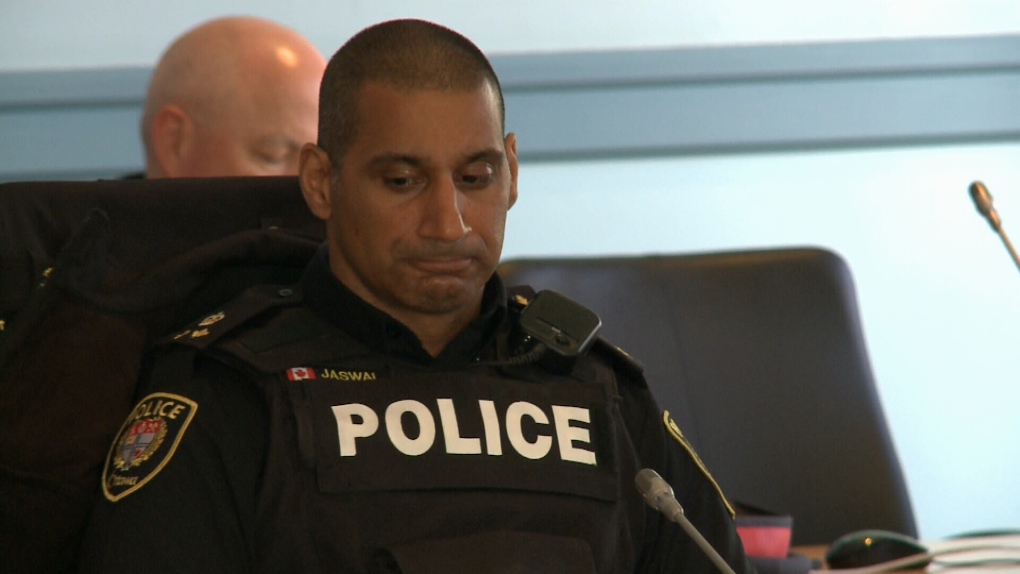 Deputy Chief Uday Jaswal has been suspended with pay since March 2020, after the Ontario Civilian Police Commission accused him of misconduct in a case that dates back to 2013. A civilian member of the police service accused Jaswal of trying to date her. When she refused, she alleges she was blocked from career advancement within the Ottawa Police Service.

These new allegations have been made by a female police officer, who also alleges Jaswal attempted to date her. When she refused his initial advances, she was his direct subordinate.

Later, after he transferred to another area of the Ottawa Police Service, the complainant says Jaswal pursued her again and asked her out, and she again refused.

Details of the allegations forwarded by the Ontario Civilian Police Commission to the Ottawa Police Services Board, and obtained by CTV News Ottawa.

“Between January 2011 and June 2013, Deputy Chief Jaswal did engage in a course of communication and conduct against Complainant #2 in the workplace that was known or ought reasonably to be known to be unwelcome. He communicated with Complainant #2 by text message and face to face meetings in a manner that satisfies the definition of sexual harassment found in the Service’s Respectful Workplace Policy.”

Jaswal contends the first complaint against him was a misunderstanding, and that he admits being interested in the woman romantically, but backed off after she told him she was not interested.  Jaswal also denies he had anything to do with the first complainant's lack of advancement in her career at Ottawa Police.

When reached on Sunday by CTV News Ottawa about the new allegations by the second woman, Jaswal’s lawyer Ari Goldkind said, “we have no comment today but will have plenty to say at the appropriate time.”

The Ontario Civilian Police Commission issued a Notice of Hearing, along with a Notice of Particulars, to Deputy Chief Jaswal on May 7.

None of the allegations against Jaswal has been tested.