Ottawa mayoral candidates work to get out the vote

Ottawa mayoral candidates work to get out the vote 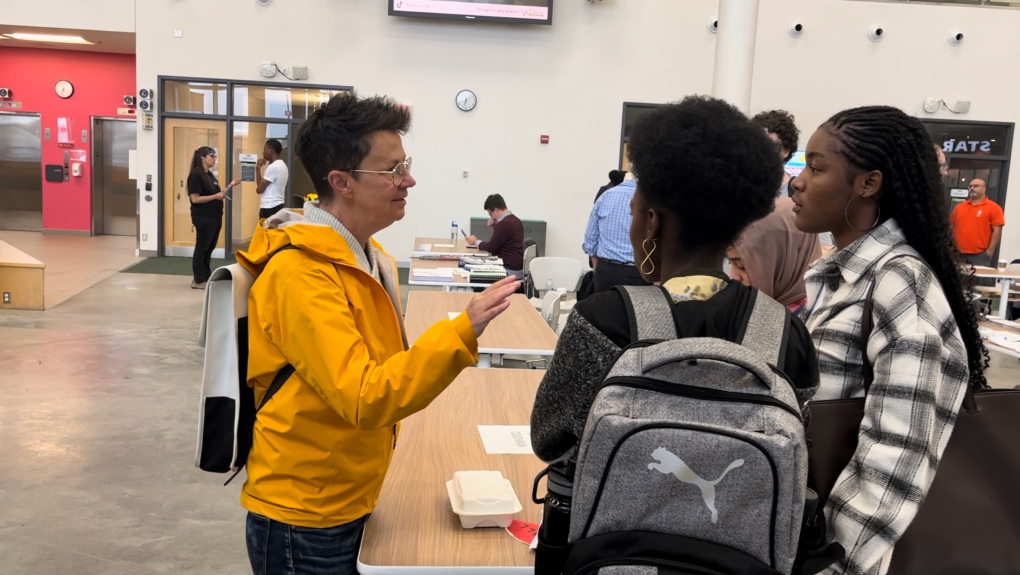 In the final week of Ottawa’s municipal election campaign, there is a push to sway the undecided voter.

Algonquin College held an election fair on Monday, where candidates for mayor, councillor, and school board trustee were invited to attend.

“It was an idea that we had for (this election) because we realized municipal elections should be very important to students,” said Amanda Logan, an events programmer for Algonquin’s Students’ Association. “A lot of issues that municipal politics cover like transit and housing are very important to students, and we just wanted to make sure that they knew about their options.

“We have a lot of first-time voters on campus with their age range and so it is important for them to know that they vote is important and be well educated on who they can vote for.”

Logan says there will be voting booths on campus on Election Day.

Zaynab Safa, one student who attended a fair, said she has never really been motivated to vote in an election. But she says this one is different.

“I know that there are lot of people that don’t vote … that is a pretty big issue. Even me, I am going to be honest, I use to think, voting is something that really isn’t for me. I realized how like … wow … It is a huge thing. It isn’t something small and it is not something that isn’t important.”

Safa says events like this are important to meet candidates.

Julian Ayub, another student, says issues like transit and student health are driving him to vote.

“I took it in first year, the train sometimes works, sometimes it doesn’t, it is a gamble, especially if you have exams, you can’t be late because the trains don’t work.”

This comes after new numbers from Elections Ottawa show that nearly 80,000 Ottawa residents have already cast a ballot in advance polls. Nearly 34,000 people cast ballots Friday on the final day of advance voting. There were six days of advance polls ahead of Election Day.

With the Mayor’s race too close to call, leading candidates are also making their final pushes. Over the weekend, candidates received high profile endorsements they hope will translate to votes.

“I spoke to (Catherine McKenna) about my climate plan, I really wanted to get some advice from here and have that discussion,” McKenney said Monday. “To have someone who is so committed to climate action endorse me, really means we can give confidence to people who want to vote for me that my climate plan is a strong plan,” they said.

McKenney said they shared their financial plan and climate plan with Carney, who was most recently governor of the Bank of England.

“To have Mark Carney come out and endorse me can really give people confidence in my financial plan,” McKenney said. “We are going to keep driving again with endorsements, but mostly talking to people. This is the week where you have to get out, we want to talk to people and get as many people out to the polls as possible.”

“I am very proud of the long list of people who have endorsed my campaign,” said Sutcliffe. When you see the calibre of people who are endorsing me I think that is a strong signal that there are people that know what it takes to succeed in public life and who are trusting me and believe that I can be an effective mayor,” he said.

“I hope as many people get out as possible- that is why my message today is get out and vote – make your voice heard, mark your ballot, and I am encouraged that people are voting in big numbers across the city.”

Polls are indicating a tight race for mayor between Sutcliffe and McKenney, with Chiarelli in third.