Ottawa gas prices to drop to lowest level since December 2003 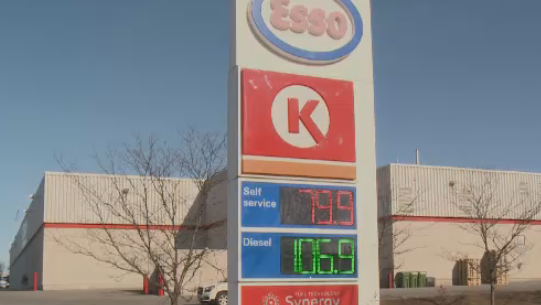 OTTAWA -- Gas prices are set to drop to the lowest level in 17 years on Wednesday, and some Ottawa motorists could find gas for below 60 cents a litre.

Gas should be selling for 65.9 cents on Wednesday morning. It would be the lowest gas prices in Ottawa and Ontario since December 2003.

McTeague tells CTV News Ottawa that some stations could lower their gas prices to 58.9 cents a litre on Wednesday afternoon.

According to www.ottawagasprices.com, the average price of gas in Ottawa Tuesday afternoon was 71.6 cents a litre.

One year ago, motorists were paying $1.10 a litre.

McTeague says the drop in gas prices is due to a global drop in demand and an oil war between Russia and Saudi Arabia.