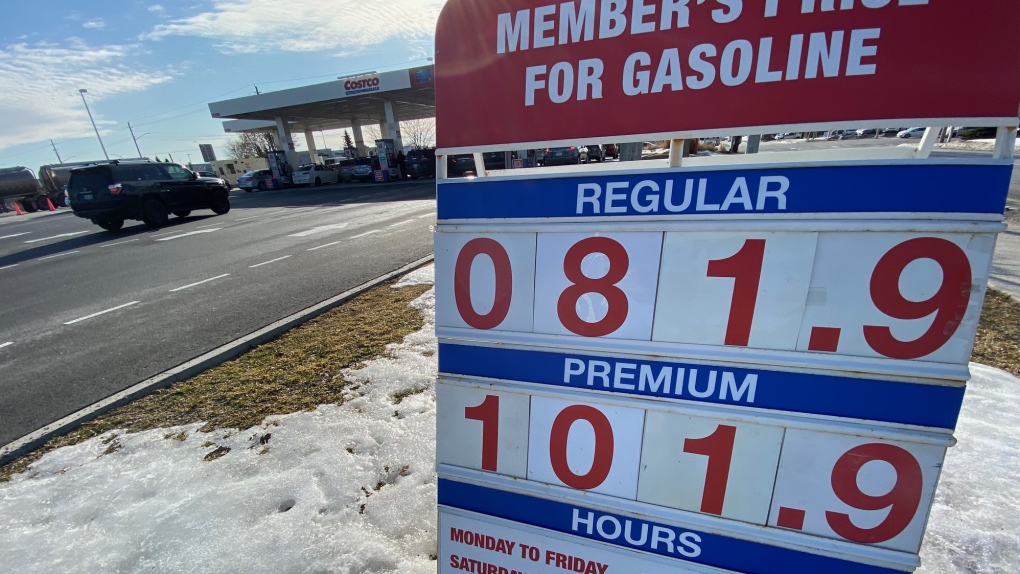 Gas prices in Ottawa dropped by about 10 cents a litre on Wednesday, with Costco selling it for 81.9 cents a litre. (Tyler Fleming/CTV News Ottawa)

Costco was selling gas for 81.9 cents a litre at two locations starting Wednesday, according to ottawagasprices.com.

A litre of regular was going for between 82 and 87 cents at many other stations across the city.

The prices are the lowest Ottawa has seen since early 2016.

Oil prices have almost halved since the start of 2020 amid an all-out price war between Saudi Arabia and Russia.

On Wednesday, Saudi Arabia unveiled plans to dramatically increase oil production, further ramping up pressure on Russia and the U.S.

Want to find the lowest prices in Ottawa?