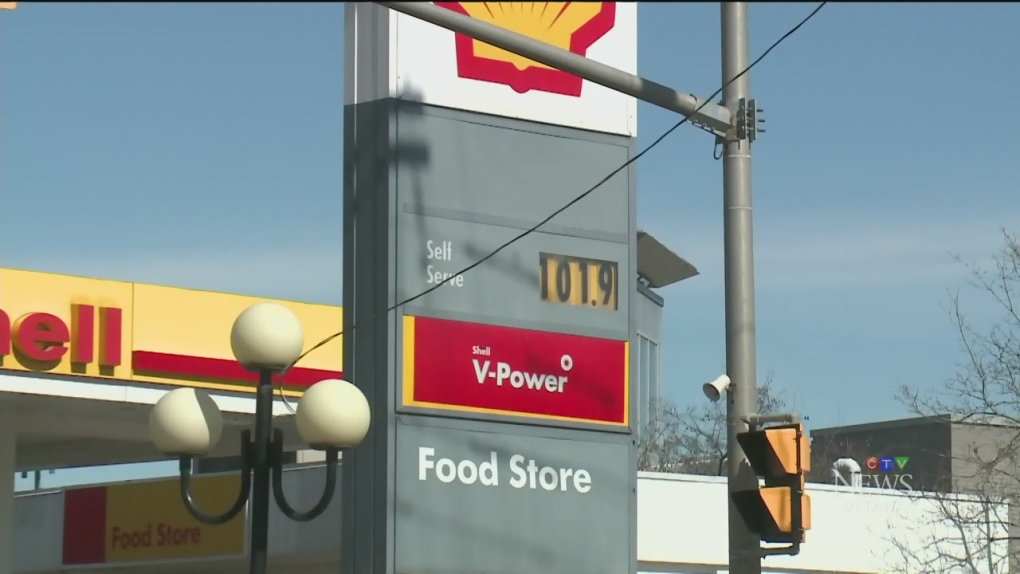 OTTAWA -- A gas price analyst is advising motorists to wait one more day to fill up the gas tank.

Canadians for Affordable Energy President Dan McTeague says prices will drop 10 cents a litre at gas stations in Ottawa and across Ontario on Wednesday.

McTeague predicts many stations will be selling gas between 85.9 cents and 92.9 cents/litre.

As suggested 23 hours ago #GASPRICES will DROP 10 CENTS A LITRE WEDNESDAY for #Toronto #GTA #Ottawa #Hamilton #LdnOnt #Kitchener #Barrie #Niagara #Peterborough #Kingston #Sudbury @ ALL of #Ontario (to 92.9 cents a litre in the GTA) Look to many stations offering gas for 85.9 cts

Speaking on CTV Morning Live, McTeague said motorists will see prices at the top end around 92.9 cents a litre on Wednesday morning, with prices falling to 85.9 cents/litre in the afternoon.

According to Ottawagasprices.com, gas prices Tuesday afternoon range from 92.9 cents to 100.9 cents a litre.

The last time gas prices dropped below 90 cents a litre was 13 months ago.   Ottawagasprices.com says prices were 88 cents/litre in Feb. 2019.

Crude oil prices sank to a four-year low on Monday after Russia refused to roll back production and Saudi Arabia responded by launching a crude price war by vowing to ramp up output.

Speaking with Toronto’s CP 24 on Monday, McTeague said the fight among major oil producing nations will hurt the Canadian economy.

“Think of people in the airline industry, now that that slowed down. Think of those involved with trades, our economy reflects what’s happening globally. When you have large sections shutting down, you have what’s called demand destruction” said McTeague.

“It’s not just the coronavirus, there was the blockades before that here in Canada, and of course not made any easier by the spat between Saudi Arabia and Russia.”

McTeague says the price of oil could drop to $15 a barrel.

“That’s a significant hit to the Canadian economy.”

Want to find the lowest prices in Ottawa?