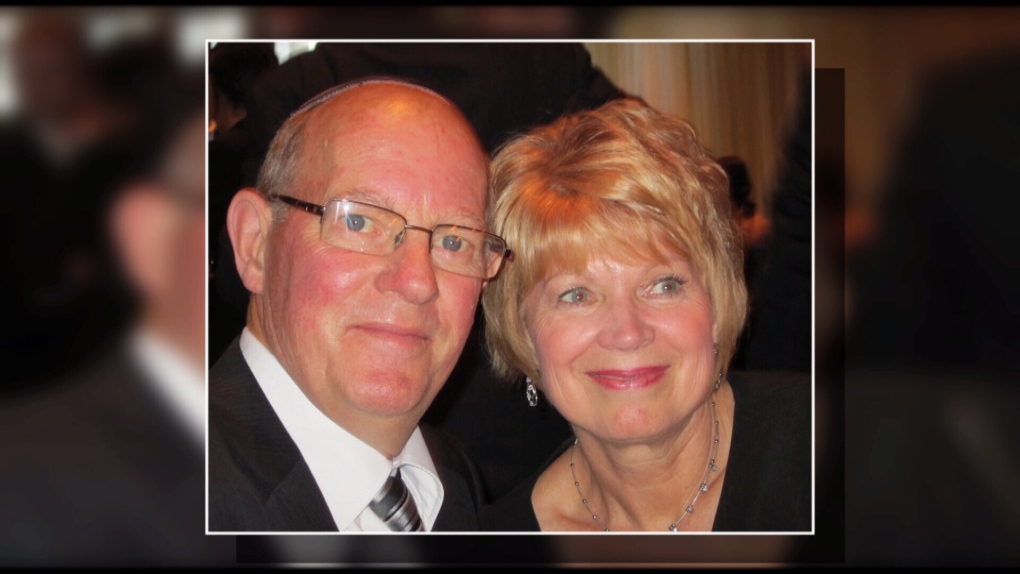 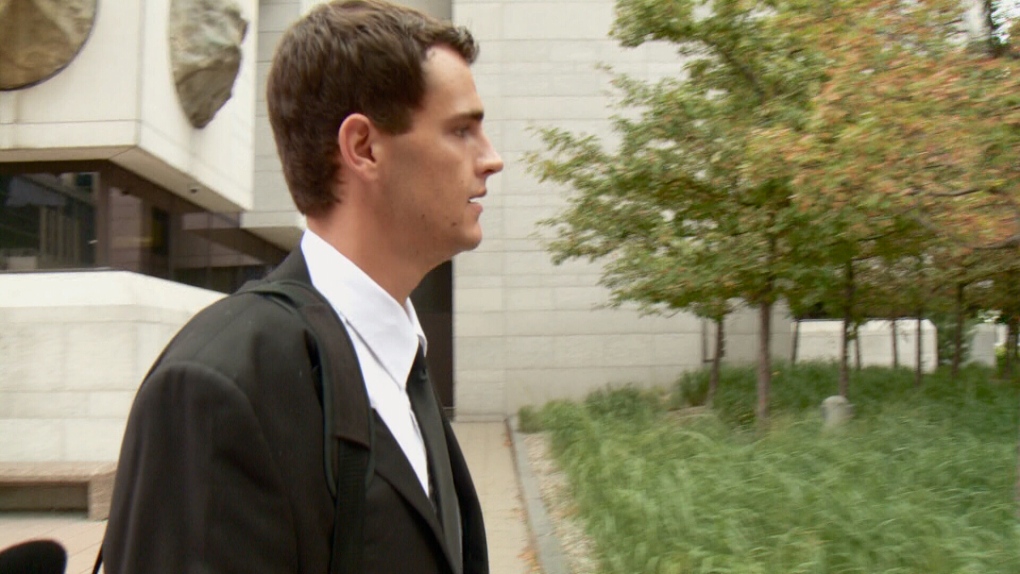 John Anstie leaves court after being convicted in July 2019.

An Ottawa man was found guilty today on all charges after a head-on crash two and a half years ago killed a well-known Renfrew couple. Doug and Joan Foster died when their car was struck by John Anstie who was under the influence of drugs at the time.

The tragic death of Joan and Doug Foster has been deeply felt by their families and their community in which they worked, volunteered and prayed.

Today, that verdict gave a measure of closure for the family but also an opportunity to offer some compassion to the man who broke their family.

They were pillars of their community; Doug Foster was the owner of Foster Construction in Renfrew and Joan Foster had run a successful hair salon for decades before retiring in the spring of 2016.

“They were the glue that held our family together,” Art Robertson, Joan’s brother, said outside the Ottawa courthouse Tuesday.

That glue gave way on the night of December 4, 2016 when the couple, driving home after spending the weekend visiting family were hit head-on along March Road near Carp.  The impact rolled their car, threw it into the ditch and killed both 66-year-old Joan and 69-year-old Douglas Foster.

“This has been a long and painful journey and today we have a verdict,” said Sharon McBride, Joan’s younger sister, “It's a step in the road for closure.”

During the course of the trial, it was determined that Anstie was driving at between 116 and 117 kilometres an hour around the curve in the road.  The Fosters had slowed to 14 kilometres an hour as they saw Anstie’s car crossing into their lane.  They braked and steered away.  Anstie didn't even slow down.

Court heard  that Anstie had three different drugs in his body at the time of the crash including Xanax and a significant amount of Fentanyl.  Anstie, who had an ongoing issue with opioids, was injured in the crash and spent weeks in the hospital.

"By driving at the speed he did," Justice London-Weinstein told court, "by failing to brake or steer away from the collision...he breached the duty of care to other drivers on the road that night to conduct his car in a safe and sober fashion."

“Our hope is that the sentencing will reflect the gravity of this crime,” McBride said, “and send a message about the terrible cost of drug impaired driving.”

‘‘That's been the most difficult thing in this case,” added Skyler Foster, Doug and Joan’s son, “On the one hand, being angry with Anstie for driving under the influence but on the other hand, being compassionate because my parents were very compassionate people.”

The Fosters have three adult children who say family was everything to their parents. Skyler Foster adds that their family has never been the same since the deaths of their parents. A date for sentencing will be set later this month.