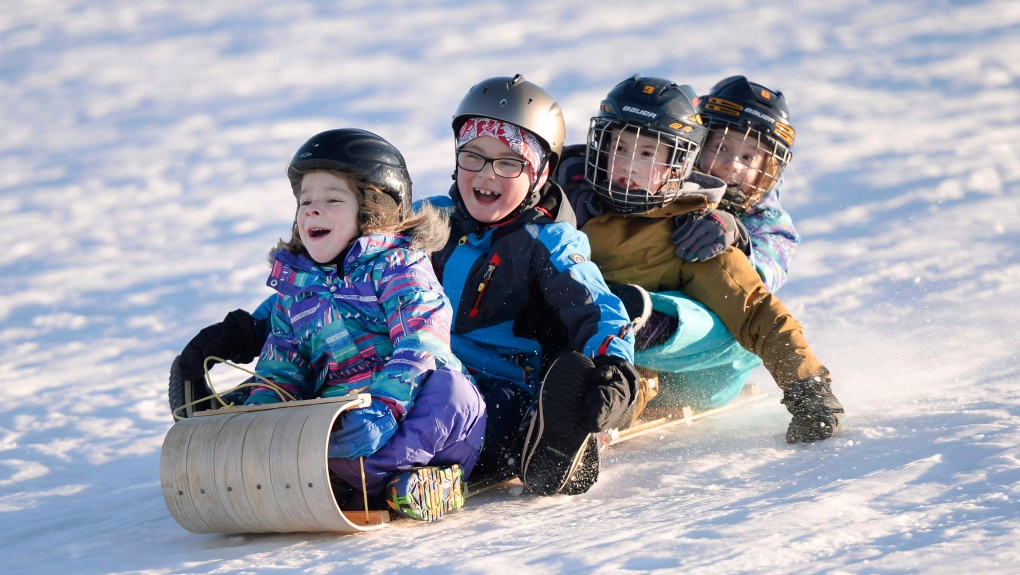 OTTAWA -- Families will not be able to go tobogganing and sledding at Mooney's Bay Hill this weekend.

In a statement late Friday afternoon, the City of Ottawa announced "sledding and tobogganing are prohibited at Mooney's Bay Hill."

"Effective today, the city will increase patrols and enforce the no sledding or tobogganing rules at Mooney's Bay Hill."

The city says Mooney's Bay Hill has been the scene of "consistent large crowds, numbering in the hundreds" since the start of January.

Earlier this month, Medical Officer of Health Dr. Vera Etches issued a Section 22 Order that limits capacity at the sledding hills to 25 people, including gatherings at the top and bottom of the hills.

The Mooney's Bay parking lot will be limited to only people taking part in cross-country skiing or snowshoeing in the park.

"Signage and barricades will advise motorists about the authorized parking requirement at the parking lot entrance, located at the intersection of Riverside Drive and Ridgewood Avenue," said the city.

"While I acknowledge Mooney's Bay Hill has been a popular destination for families this winter and many guests have failed to adhere to capacity caps, closing one of the limited outdoor amenities available to the public, for tobogganing, is not the way to go. We can safely do this," said Brockington on Twitter.

The City of Ottawa has an interactive map of hills where sledding is permitted.