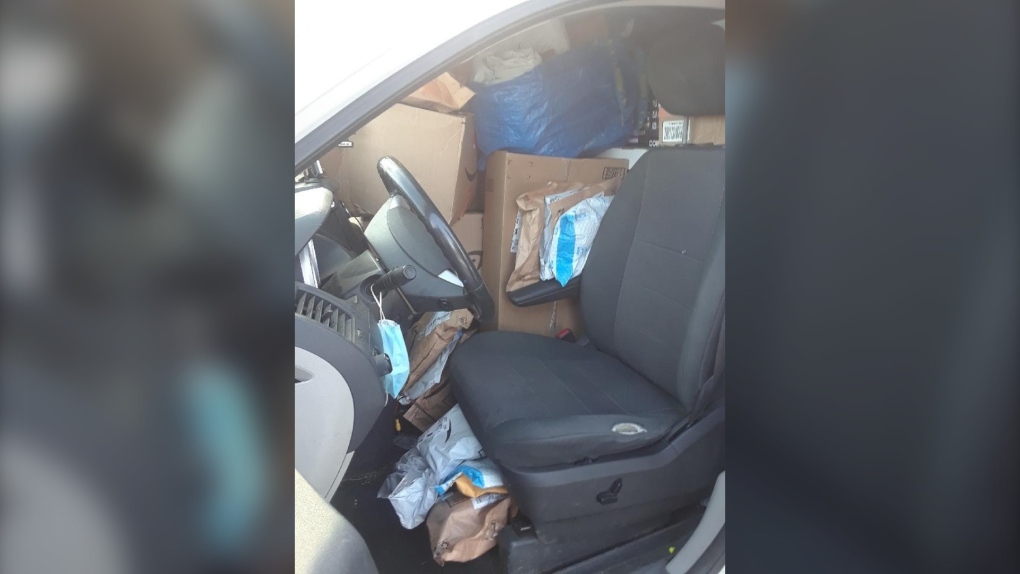 OPP pulled over a delivery driver near Embrun whose car was so full of packages they couldn't properly see out. (Russell OPP)

OTTAWA -- A delivery driver is facing about $500 in fines after their van was so full of items they couldn’t properly see out of the vehicle.

The Dodge van was filled to the point where police officers couldn’t see the driver, OPP said. Police pulled the vehicle over in the Embrun area on Monday, southeast of Ottawa.

The driver works for a delivery company, an OPP spokesperson said.

The driver was charged with several Highway Traffic Act offences, including no clear view out of the front, no clear view to the right, crowding the driver's seat and failing to produce a driver's licence.

They were also fined for failing to surrender an insurance card. The insurance card was in the glove box, so it was inaccessible because of all the packages.

The Highway Traffic Act charges each carry a $110 fine, and failing to provide proof of insurance is a $65 fine.