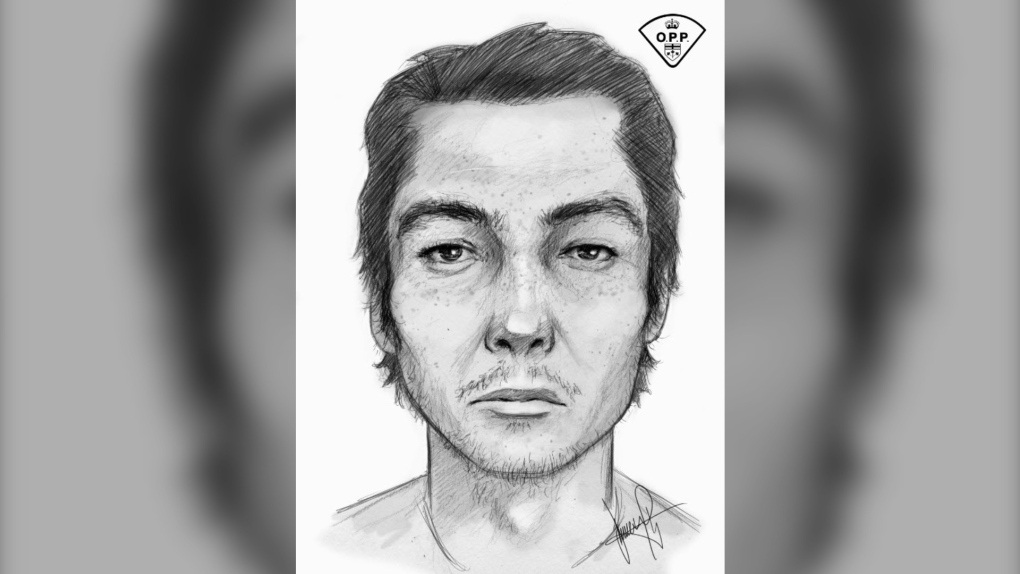 Ontario Provincial Police are asking for the public's help identifying this man, who was killed on Highway 401 in Belleville, Ont. on Sunday, Aug. 16, after being struck by a vehicle. (Image submitted by OPP)

OTTAWA -- Ontario Provincial Police are asking for the public's help identifying a man who was killed on Highway 401 in Belleville.

He was pronounced dead at the scene.

The man had no identification with him and police say they have been unable to confirm who he is.

"It is possible the individual was transient and had been traveling through the area," the OPP said in a press release.

A police sketch (above) has been provided.

If you have any information on this man's identity, or can help the OPP contact his family, please call the Lennox & Addington County OPP Crime Unit at 1-888-310-1122. If you wish to remain anonymous, you can submit a tip through ontariocrimestoppers.ca.