An Ontario woman died while hiking in Grand Canyon National Park in Arizona, one month before she was scheduled to get married.

The U.S. National Park Service received a report of a hiker in distress at approximately 5:50 p.m. on Thursday from the Bright Angel Trail above Three-Mile Resthouse.

"Soon thereafter the hiker became unresponsive and bystanders initiated CPR," the NPS said in a statement.

"National Park Service (NPS) search and rescue personnel responded and assisted with resuscitation efforts. All attempts to resuscitate the individual were unsuccessful."

The victim has been identified as Melanie Goodine, 41, from the Niagara Region.

A news release from the National Park Service said she was from Ottawa, Ont.; however, her fiancé Steven Spicer, later confirmed to CTV News Ottawa that the information provided by the NPS was a mistake.

“She didn’t live in Ottawa, but I think it’s because the police here, they couldn’t find Niagara Regional Police and they sent the paperwork to the Canadian Consulate,” Spicer, said.

Goodine was scheduled to be married next month, and wanted to do one more hike before getting married, according to her fiancé. Spicer described Goodine as silly and fun loving. 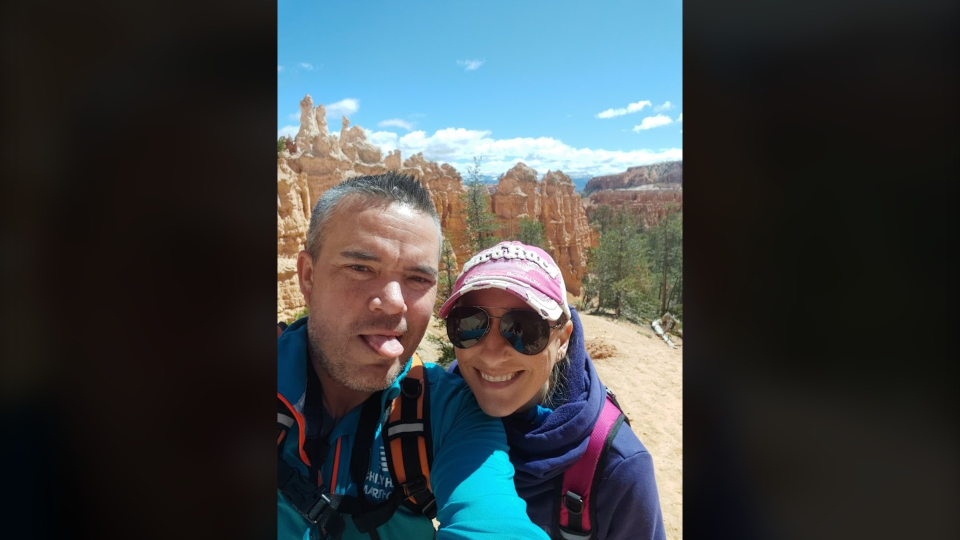 Michelle Venneri says Goodine left an imprint on her soul.

"Quite rare to find in this world these days. Our interactions were few and far between over the years … but her lasting impressions always left an imprint on my soul and I’m sure on many others in this world also."

The National Park Service says Goodine was hiking out of the canyon after hiking to the Colorado River earlier in the day.

The Coconino County Medical Examiner and the National Park Service are investigating the death.

"All visitors to Grand Canyon should ensure they are drinking plenty of fluids, resting in shade during the heat of the day, watching for signs of distress in travelling companions, and dressing appropriately for the weather, which includes light-colored and loose-fitting clothing," NPS said. "The NPS does not recommend hiking from the rim to the river and back in one day."

A spokesperson for the Grand Canyon National Park told CNN that shade temperatures in the area reached 35 C to 40 C on Thursday.

A previous version of this story identified the victim as an Ottawa woman, based on information provided by the U.S. National Park Service. That information was released in error, according to the victim's fiancé, who said she is from the Niagara Region of Ontario.