Ontario University Athletics cancels sports and championships until end of 2020 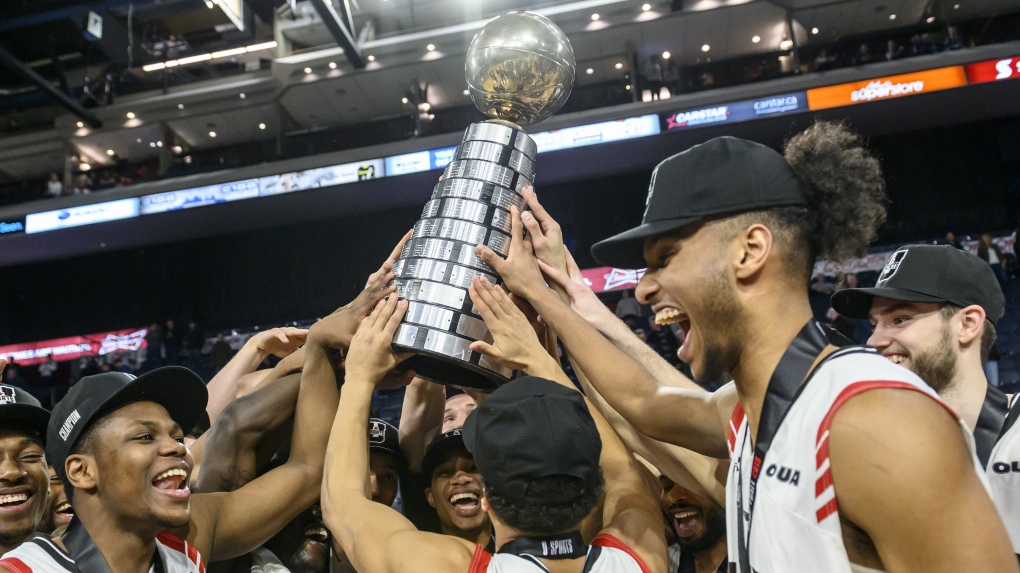 Members of the Carleton Ravens celebrate winning the USports men's basketball national championship over the University of Calgary Dinos in Halifax on Sunday, March 10, 2019. THE CANADIAN PRESS/Darren Calabrese

OTTAWA -- University sports in Ontario will not resume in 2020.

Ontario University Athletics (OUA) announced Monday the cancellation of all OUA-sanctioned sports programming and championships until December 31 amid the COVID-19 pandemic.

"A decision of this magnitude was not made lightly, but the process of reaching this conclusion was based on provincial public health guidelines and with the health and well-being of all OUA participants at the forefront," a statement from OUA reads.

The #OUA, under the direction of its Board of Directors, announces the cancellation of all OUA-sanctioned sport programming and championships up to December 31, 2020.

Whether sports will return in 2021 will be decided at a later date, but OUA says the goal is to see a return to sports programming in the new year.

"We remain hopeful that we can provide quality experiences for our student-athletes starting in the new year and will be closely monitoring the ongoing health considerations and viability for these future opportunities over the coming months," said OUA president and CEO Gord Grace.

"The University of Ottawa and its Varsity Athletics team continue to work on a return to sport plan that could see student-athletes resume team activities on-campus, despite the lack of conference competition when health and safety guidelines allow it," a statement on the Gee-Gees' website said.

The Gee-Gees say they also have teams competing in the Réseau du sport étudiant du Québec (RSEQ) and in various other leagues, tournaments and university championships, none of them having reached decisions yet on their status for the Fall.

The Carleton Ravens' website links to the OUA statement but does not provide further details.

Atlantic University Sport and Canada West have made similar cancellations, and U Sports, at the national level, has cancelled all national championships for the first term.