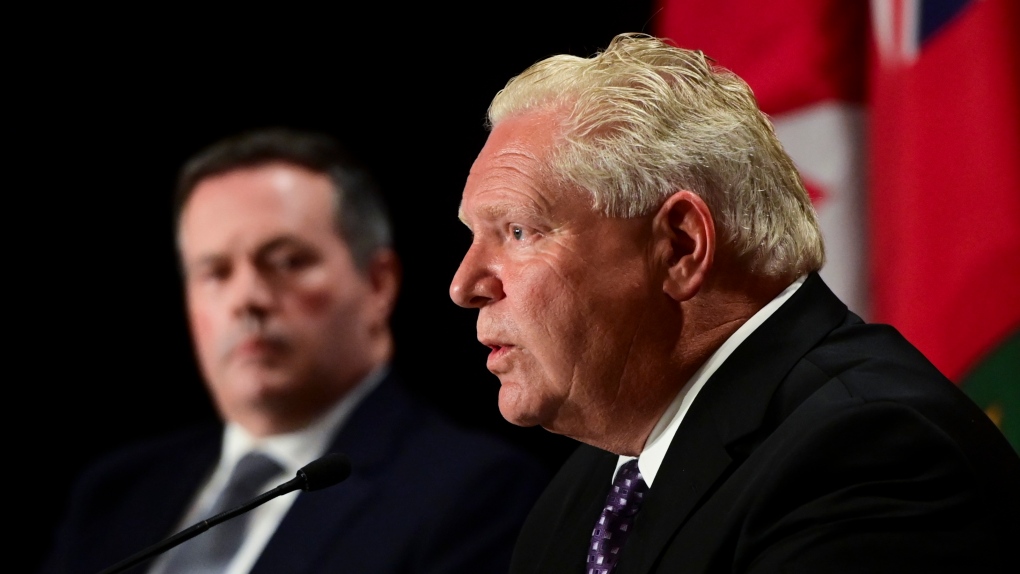 OTTAWA -- Ontario Premier Doug Ford is visiting Ottawa Friday as the city deals with a spike in new COVID-19 cases.

The premier held a closed-door meeting with Mayor Jim Watson and Medical Officer of Health Dr. Vera Etches Friday morning to discuss the situation in Ottawa.

After the meeting, Dr. Etches told reporters that Ottawa is in a second wave of the virus.

Ford’s visit came the day new limits kick in on private gatherings in Ottawa, Toronto and Peel Region, all considered COVID-19 hotspots in the province.

Gatherings are now limited to 10 people indoors and 25 people outdoors, with stiff fines for those caught disobeying the new rules.

Later Friday, Ford joined the premiers of Quebec, Alberta and Manitoba for an afternoon news conference to lay out a wish list for next week’s Throne Speech from the federal government.