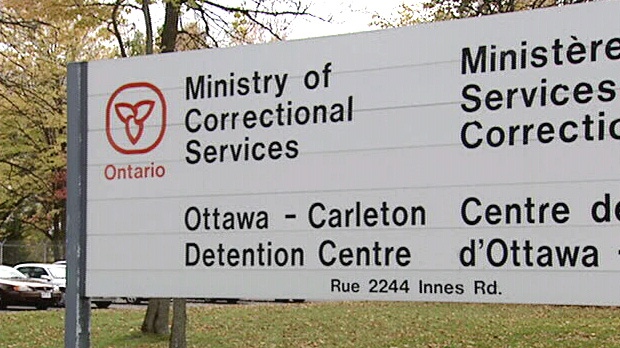 TORONTO -- Ontario's ombudsman has urged the provincial government to stop putting inmates in segregation for longer than 15 days.

There has recently been a "marked increase" in segregation-related complaints to the ombudsman's office, including one person who was in isolation for more than three years, Paul Dube said. Though the Ministry of Community Safety and Correctional Services has worked to resolve individual cases, "it has struggled to implement meaningful change," he said.

"It is difficult to understand the ministry's policy position that segregation is a last resort, carefully controlled and monitored," Dube said in a statement Tuesday. Rather, it seems to be "a tool regularly used by managers to separate out and effectively punish the most 'difficult' and vulnerable inmates."

Dube submitted a report on segregation to the Liberal government as it holds consultations on the practice. Correctional Services Minister Yasir Naqvi said the review will be completed "in the near future" and is looking at "hard caps" on the time inmates spend in segregation.

The ombudsman called on the government to abolish indefinite segregation -- longer than 15 days, consistent with a United Nations recommendation -- and to keep no inmate in isolation for more than 60 days in a year.

The government doesn't routinely keep track of how many inmates are in segregation, but it recently found that the Ottawa-Carleton Detention Centre and the Central East Correctional Centre had 1,677 segregation admissions over five months last year, Dube said. The ombudsman's office has received 557 complaints about segregation in provincial correctional facilities in the past three years.

Ontario should develop a long-term plan for inmates with developmental, behavioural and mental-health challenges, but in the short term, inmates in segregation should be assessed by a mental health provider every 24 hours, Dube recommended.

Segregation can have "profoundly negative impacts on inmate health and welfare," Dube said. The federal correctional investigator found that 14 out of 30 suicides in federal prisons between 2011 and 2014 took place in a segregation cell and nearly all of those inmates had mental-health issues.

The province, meanwhile, "has not produced comprehensive statistics on the rate of suicides amongst segregated inmates," Dube said. The ombudsman is forced to gather most of that information through media reports, Dube said, and is aware of at least four suicides of segregated inmates in recent years.

One of those inmates had contacted the ombudsman's office, "very distressed" that correctional workers told him he would be in segregation for his whole sentence of two years less a day, Dube said.

"When our staff attempted to reach him to follow up on his complaint, we learned that he had taken his own life," the ombudsman said.

NDP Leader Andrea Horwath called segregation a "cruel, cruel way to deal with any human being," but cautioned that it can't be abolished without providing more mental health supports.

Progressive Conservative Leader Patrick Brown said he has met with correctional officers, who don't want it abolished because there are times when it's "very helpful."