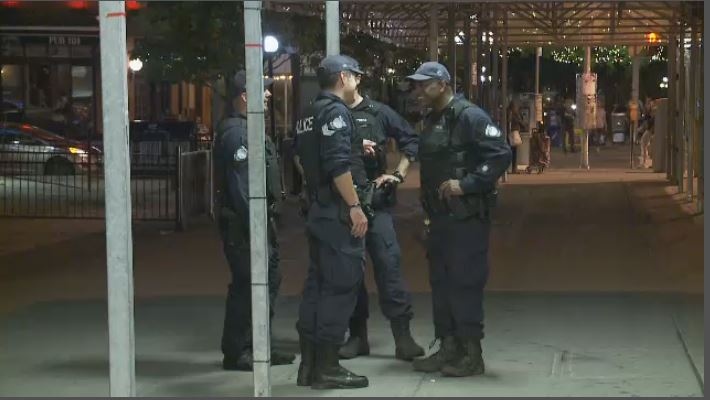 A new report says crime rates in Lowertown are dramatically higher than in other areas of downtown.

The report was commissioned by the Lowertown Community Association but research was completed by two students from the Master’s Program in Criminology at the University of Ottawa.

The report assesses crime and public disorder in the Lowertown/ByWard Market area.

Norman Moyer is responsible for the study. He says a large part of the crime is the increase of number of bars in the city. “What we have ended up with is a monoculture of bars,” Moyer says.

He says the city is not abiding by bylaws that state new bars cannot open within a certain distance of an existing bar.

Moyer says increase bar activity leads to increase crime. “It's bad to have an area that is nothing but bars- produces too much conflict, too much people come out at night have a conflict and, finish it on the street.”

The Lowertown Community Association wants fighting crime to be designated as a Term of Council Priority for the new council elected on October 22nd.

Current Rideau-Vanier Councillor Mathieu Fleury says there needs to be more diversity in businesses in the market- but more bars are masking as restaurants the changing to nightclubs later at night. “We need the help of the big agencies like the liquor agency, which is a provincial agency to help guide and make sure or bylaws are respected.

He also says more beat cops are needed. “What about drug dealers- an officer that’s last shift was in Barrhaven- has a different reality, we need more officers dedicated to Lowertown, to the ByWard Market, to Vanier and to Montreal Road.”

Thierry Harris is running for councillor for Rideau-Vanier. He is also a former vice-president of the Lowertown Community Association. He says it isn’t just about the bars- but there needs to be more community education.

“It’s clear that we are hurting here in Lowertown. And something different needs to be done.” He says, “It's not up to the community to be heroes. We should have people that are there, and that are paid and can help prevent crime before it happens.”

The report also included the results of a survey of residents in Lowertown who named crime and public disorder as their number one concern- over transit, public health, and recreation.

The full text of the report is available at http://www.lowertown-basseville.ca/