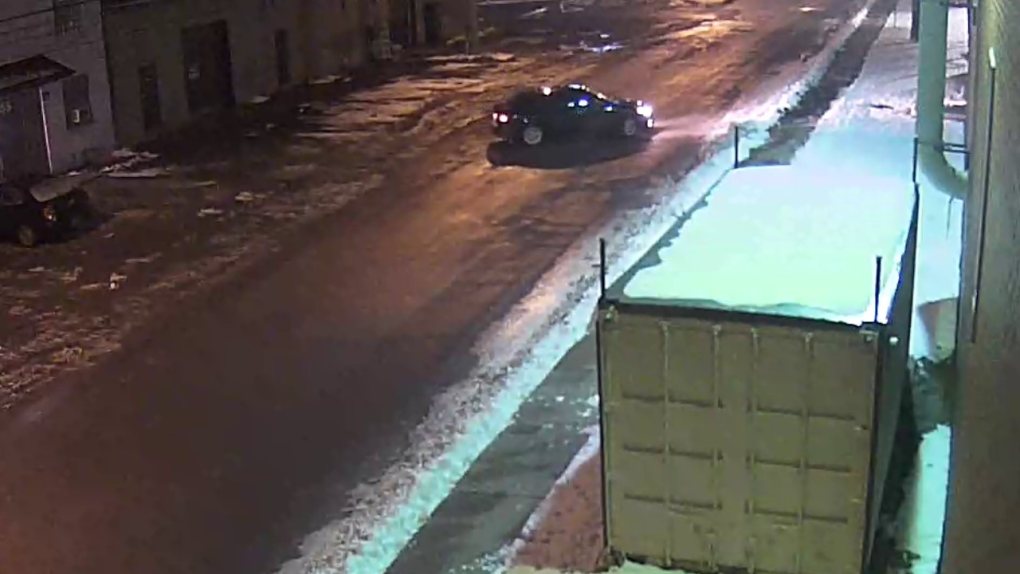 Ottawa police are looking for any information related to this sedan, which was seen on Loretta Avenue near Gladstone Avenue on Dec. 6, 2016 in connection with the unsolved homicide of Leslie Mwakio. (Photo provided by the Ottawa Police Service)

OTTAWA -- The Ottawa Police Service's unsolved homicide task force has released new photos of a car believed to be linked to the killing of a 17-year-old boy in 2016.

Leslie Mwakio was shot and killed the night of Dec. 6, 2016 on Bayswater Avenue, north of Gladstone Avenue in Hintonburg. His killer has never been found.

In a release Wednesday, Ottawa police said a dark-coloured sedan was captured on security cameras following the victim’s vehicle in the area of Loretta Avenue and Gladstone Avenue just after 10:30 p.m. in December 2016.

Anyone with information about the vehicle or the identity of the occupants are asked to contact the Homicide Task Force at 613-236-1222, ext. 5493.