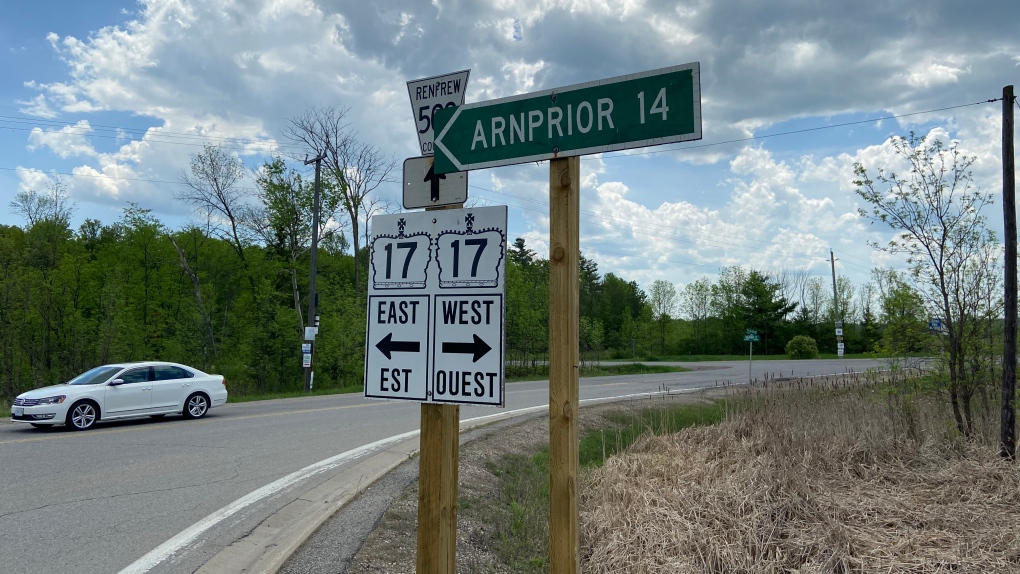 Highway 17 between Anrprior and Renfrew.

OTTAWA -- The Ontario government is on the hunt for a contractor who can build the first interchange on an expanded Highway 17 between Anrprior and Renfrew.

The government announced the plan to expand 22.5 kilometres of the highway from two lanes to four last year.

The government said Wednesday that it is requesting expressions of interest from qualified contractors who can build a new interchange at the Calabogie Road intersection.

Construction will begin following the awarding of the contract and completion of the design and environmental assessment, the government said.

The project will be done in phases and is expected to take up to ten years to complete. The Calabogie interchange is phase one.

Phase 2 of the project includes building three new interchanges and widening Highway 17 from two lanes to four from Scheel Drive in the Township of McNab/Braeside to just west of Bruce Street in Horton Township.