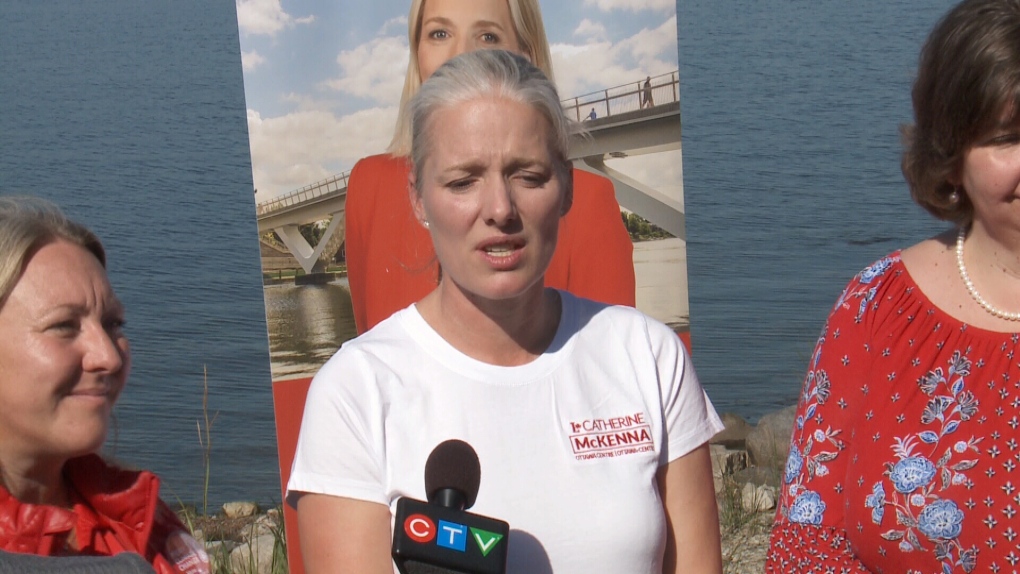 Catherine McKenna is declaring a war on plastic.

One month from election day and Liberal candidate, in Ottawa-Centre, Catherine McKenna is pledging to fight to remove all single-use plastics, like straws, from federal government buildings.

“I will advocate for the faster elimination of unnecessary single-use plastics,” When I knock on doors, the top issue I hear about in Ottawa-Centre is about climate change and the environment. People care greatly about taking action, but they're also pretty quick to point out where we can do better.”

McKenna is calling for the elimination of plastic straws and other single-use plastic products from all government buildings.

“The production of plastics produces greenhouse emissions,” said McKenna from the shores of Remic Rapids in Ottawa. “Our government announced we would ban harmful single-use plastics. We’d also hold producers responsible for the plastics they create.”

The Minister of the Environment and Climate change is going on the offensive attacking the Conservatives she says for not having a plan to fight climate change.

“The science on climate change is clear, that we are warming, Canada is warming at twice the global average, three times or more in our north. We are seeing the impacts across the country from floods that are supposed to be once every hundred years, they are now happening every few years, to forest fires that make it dangerous for young people and seniors to go outside because of the air quality,” said McKenna.

“Talk about the arctic, talk to Inuit about how they’re losing their homeland. That’s not just an inconvenience, that’s their livelihood, that’s their culture. The plastic pollution is clogging our lakes, our rivers, our streams and the production of single-use plastics is contributing to it.”

The Conservative candidate is quick to fire back at McKenna.

“Ms. McKenna in particular has failed significantly in her role. It was her job as minister of environment and climate change to work with the provinces; she has failed in that,” said Carol Clemenhagen, vying to become MP in Ottawa-Centre.

Emilie Taman is the NDP candidate in Ottawa-Centre; Taman criticizes McKenna and the Conservative Party’s values, in particular.

“Conservatives have no credibility to speak of on this issue, and frankly wanting to pander to provincial premiers who we know are essentially climate deniers,” said Taman.

“The Liberals talk a good game, the problem is they haven’t been implementing that game and they’re talking through both sides of their mouth.”

Visibly painting Ottawa-Centre orange with signs and support, Taman says her party will disrupt and alter the system to fight climate change.

“I think the liberals like the conservatives are really addicted to the status quo so when they bring forward solutions they can’t envision a future that's less reliant on fossils fuels,” said Taman.

McKenna was elected the first female MP for Ottawa-Centre in 2015.

“I really encourage people to go out and vote. There is a clear choice in this election,” she said.