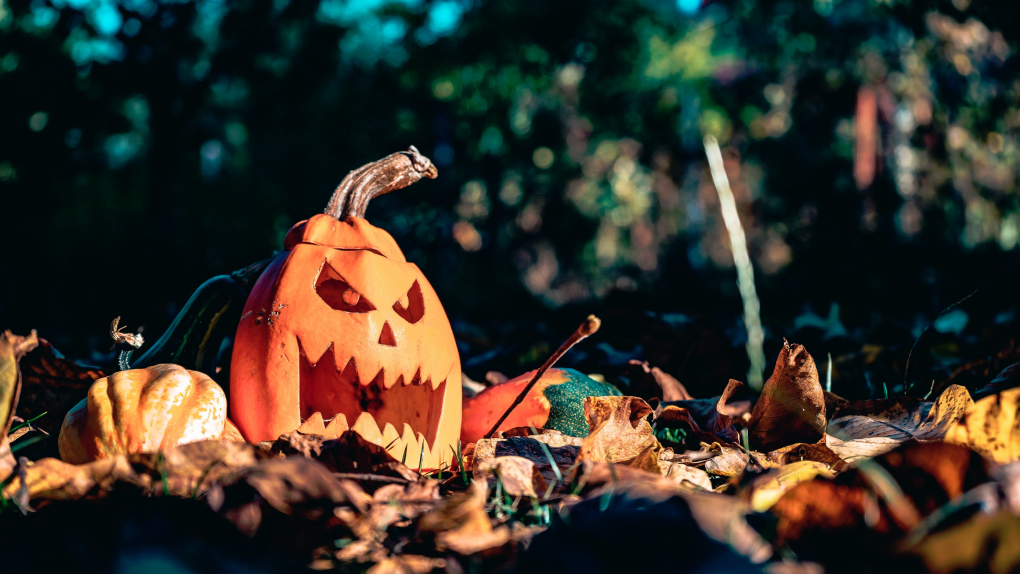 Jack-O'-Lantern on the ground. (Photo by Vlad Chetan from Pexels)

OTTAWA -- With ghosts and goblins asked to stay home on Halloween in Ottawa, Mayor Jim Watson is urging people not to go trick-or-treating in other towns and cities due to the risk of COVID-19.

"Is it really worth putting a child at risk for $10 or $12 in candy? I don't think so," said Mayor Watson after Wednesday's Council meeting when asked about the possibility of families going trick-or-treating in Gatineau.

"I think this is a year we have to make some sacrifices, and one of the sacrifices is maybe this is not the year to go to another province, another city just to get a couple of bucks worth of candy."

In a video posted on Twitter, Dr. Vera Etches answered a child's question about why kids cannot go trick-or-treating in Ottawa this year.

"Right now, there's still too much COVID-19 in our community, so going door-to-door would be considered a high-risk activity."

We know #Halloween is a special time of year. This year we are asking you to make memories in a different way and avoiding trick or treating. Check out Dr @VeraEtches #HalloWise ideas to help limit the spread of #Covid19 in our community. For more info: https://t.co/KSfL1EiMM2 pic.twitter.com/q2E0Q8cNqZ

Trick-or-treaters have the green light to head out Saturday night in Gatineau, Brockville, Smiths Falls, Kingston and all of Renfrew County.

"Of those people who think going over to Aylmer or Gatineau is a good idea. Folks, Aylmer and Gatineau are under the red zone as well; they are a hot zone in Quebec, we're a hot zone in Ontario. So simply going over there and thinking that's going to be safer, you're wrong because they are in category red as we are," said Mayor Watson after Wednesday's Council meeting.

While the City of Ottawa and Ottawa Public Health recommend no trick-or-treating on Halloween, Ottawa Police and Ottawa Bylaw will not be issuing tickets to people out going door-to-door looking for candy.

"There's no regulatory framework for us to intervene if you go trick-or-treating. We're not going to give anybody tickets, because there's no tickets to give," said Anthony Di Monte, General Manager of Emergency and Protective Services.

Di Monte says anyone that sees a Halloween party this weekend can report it to the 311 line.

"We're not going to be out monitoring that or going door-to-door verifying if you're having a party or not. We would hope that everybody would abide by the rules and listen to Dr. Etches and her advice."

Gatineau announced on Tuesday that the traditional Halloween hunt for treats will go ahead on Saturday.  The city and Gatineau Police asked people to limit contact with other residents to help reduce the spread of COVID-19.

Children are asked to stay in their neighbourhood and only walk with members of their own household.

The City of Gatineau says all treats should be quarantined for at least 24 hours before being eaten.