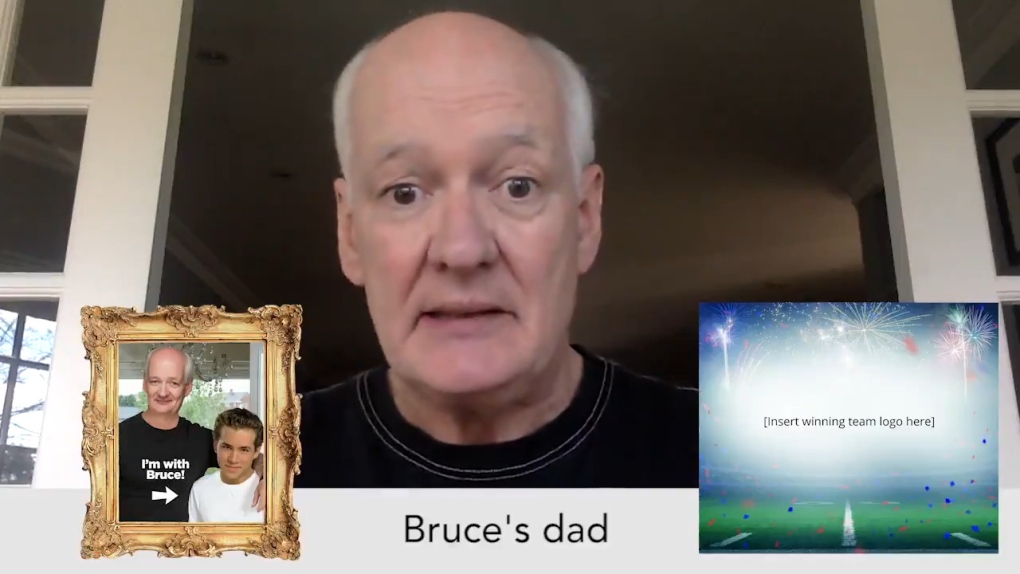 OTTAWA -- It appears the saga of "Bruce", the fictitious Ottawa Public Health social media employee who forgot to fill in a Super Bowl tweet with the correct information, continues with Bruce's "dad" weighing in.

A tweet by the Crackup Comedy Festival includes a "special message from Ottawa Public Health" in which "Bruce's dad" addresses some online comments about his son.

Here's Bruce's dad! He's coming to you with a special message from @OttawaHealth to defend his son and remind you to stay home and get your FREE tickets for the virtual @CrackUpFestival April 9-10. https://t.co/3AHk1URDTx @jimwatsonottawa @careforHCS @colinmochrie #Crackup2021 pic.twitter.com/tbeCwN0Ntq

"I've seen a lot of you internet people saying unfair things about my son, Bruce," Bruce's dad says. "He is a wonderful man. He comes from strong Scottish stock, he's a wonderful son, he always remembers his mother's and my birthdays, he calls us every holiday, he's very clean—not obsessively so, but just enough so you'd notice—and his performance of Willy Loman in his sixth grade production of Death of a Salesman? Mindblowing."

There's been a lot said lately about our dear social media intern, Bruce. And now, Bruce would like to say a few words...#SteadyAsSheGoes #BruceReynolds pic.twitter.com/VCObMQWNq2

Mochrie went on to say that you can make Bruce's life easier by washing your hands, wearing a mask, staying home, getting tested for COVID-19 when you're sick and "generally just stay[ing] away from people."

The Crackup Comedy Festival is a free event April 9 and 10, but it's also a fundraiser in support of Carefor, a local charitable non-profit home health care and community support service organization.

You can find more information about how to attend the virtual Crackup Comedy Festival shows at crackup.ca