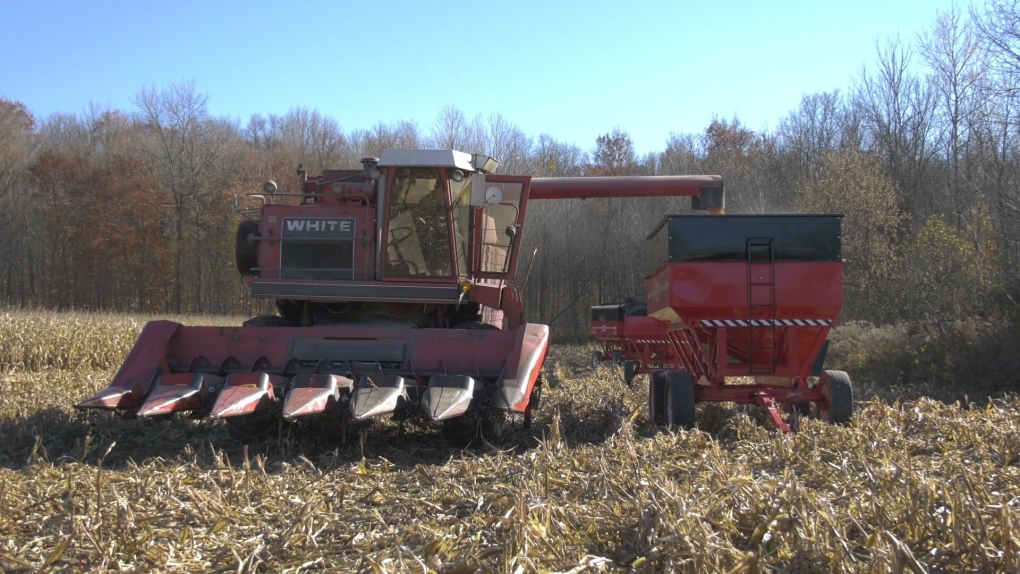 A combine unloads corn into a wagon near Brockville. (Nate Vandermeer/CTV News Ottawa)

Nearly three quarters of businesses in the farming industry say they are suffering because of the current labour shortage, according to a new report from the Canadian Federation of Independent Business (CFIB).

The report states 74 per cent of agri-business owners are working more hours to make up for the lack of staff, and threatening the future of Canadian agriculture.

"A lot of businesses in the ag sector are impacted by the current shortages of labour," said Jasmin Guenette, CFIB vice-president of national affairs. "About two-thirds also said it's really difficult to recruit and retain staff."

"What it means is that businesses are losing opportunities," Guenette added. "Close to half of agriculture businesses in Canada said that they had to turn down sales because of the current shortages of labour. Many small business owners have no choice but working more hours, longer hours and they also have to ask their staff to work longer hours."

Guenette noted the agriculture industry is seeing shortages across all provinces and in all sectors of the economy.

Agri-businesses include anything that includes farm activity, like family farms, meat and dairy processing plants and fertilizer plants.

"The shortages of labour in agriculture has implications for us as consumers because, you know, it is because of those farm businesses that we have food on the table and we need to make sure that those businesses can have all the workers they need to ensure our food security," he said.

The 23-page report was released on November 7, and details the challenges and possible solutions to fix the labour shortage, including streamlining the temporary foreign worker program and immigration process, offering tax credits for agri-businesses and investing in more training options to entice young workers into agriculture. 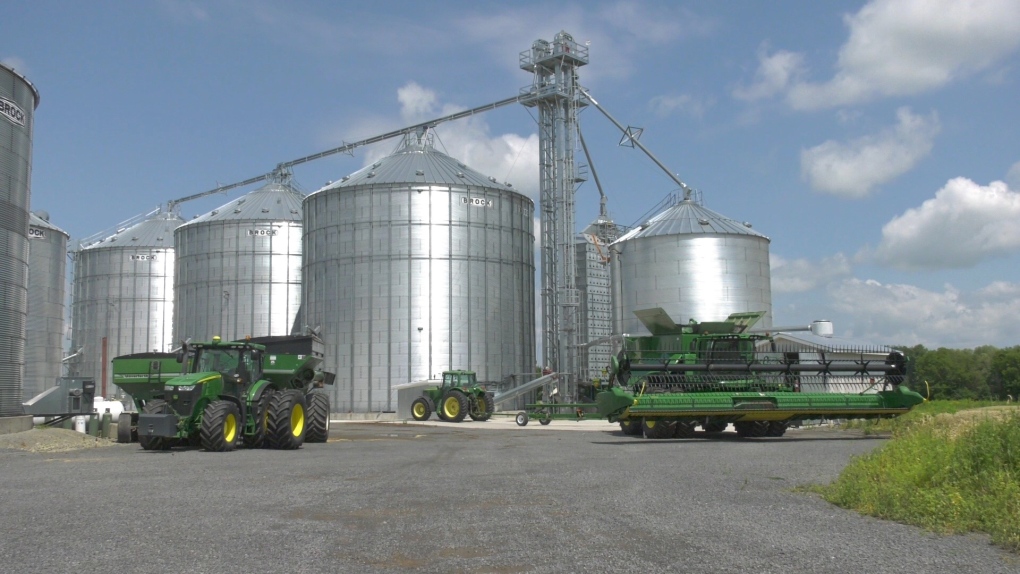 "The cost of inputs like food to feed the animals, the cost of fertilizer for example, these are going up," he said. "Supply chain disruption is also impacting agri-business throughout the country, delays in receiving shipments, delays in sending out food and products and so really the current situation that agri-businesses are facing is quite difficult."

"As farmers, our costs have gone up and we have no recourse to pass the costs on to our customers," said one quote from an Ontario farmer in the report. "We do not have options that are more 'carbon friendly' so we are stuck with paying."

"The carbon tax is charged on everything I buy that is transported by wheels, rail, plane of ship, but does no appear as a line item on my invoice," said another farm member from Manitoba.

Ninety-four per cent of agri-businesses said the rising prices of inputs have affected their business and 83 per cent said supply-chain challenges are creating difficulties.

Guenette says businesses that were happy to come out of the pandemic are still finding it difficult to return to normal workflow. 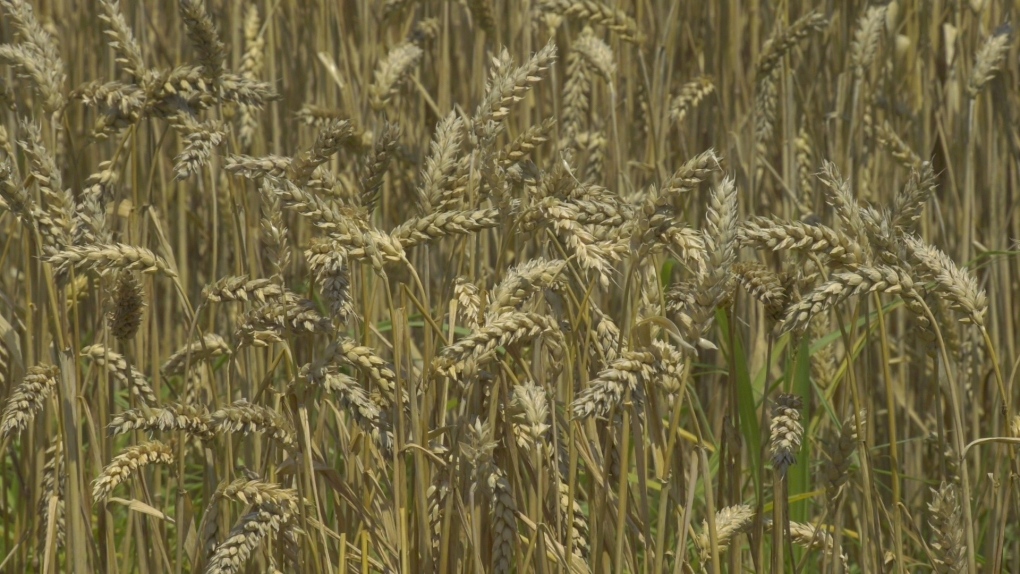 A report by the Ontario Federation of Agriculture this past summer said that one family farm per day on average is being lost in Canada due to urban sprawl, with some next generation farmers also opting to stay out of the family business as costs continue to rise.

"Not only agri-business owners have to deal with a very difficult business environment at the moment with the shortages of labour, supply-chain disruption, inflation and so on, but many of them are also finding it difficult to pass on the business to the next generation," Guenette said.

"That's why one of the solutions we're pushing forward is that it's easy, we need to make sure that it's easy and as cheap as possible for a business owner to transfer their family farm to their children or other member of the family," he added.

"We want to make sure that the new generation of agri-business entrepreneur takes on the challenge of running the farm, otherwise we might see some of them, or even many of them, not being able to survive," Guentte said.

How did a radioactive capsule go missing in Australia and how dangerous is it?

Australian authorities are mounting an extensive search for a tiny radioactive capsule believed to have fallen out of a road train that travelled 1,400 km in Western Australia. Here's what you need to know:

Southern Ring Nebula's 'messy death' due to more than one star, researchers discover

Researchers were able to determine how the Southern Ring Nebula was created and understand how more than one star led to its 'messy death' by reconstructing the scene that happened thousands of years earlier.

As the B.C. government decriminalizes small amounts of hard drugs, critics note there are still not enough treatment resources for the users seeking them.

A 33-year-old Toronto man has been sentenced to eight and a half years in prison after pleading guilty to two violent sexual assaults almost a decade ago.