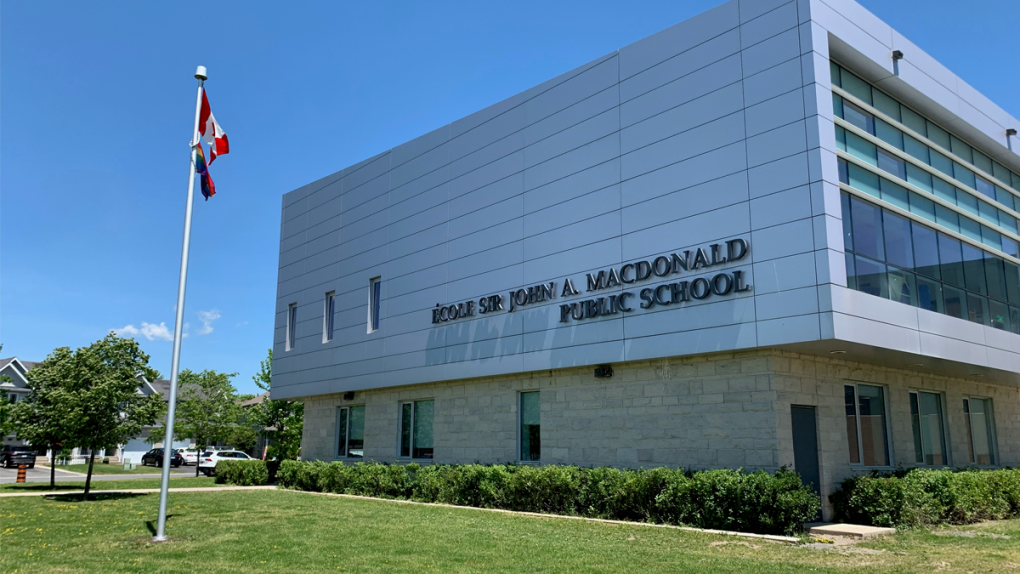 KINGSTON -- Sir John A. Macdonald's name is being removed from a public school in Kingston

Trustees with the Limestone District School Board voted unanimously to initiate a renaming process for École Sir John A. Macdonald Public School.

Staff have been directed to initiate a renaming process that will include stakeholder consultations, specifically with the Indigenous Education Advisory Committee.

Sir John A. Macdonald's name will be removed from the school effective June 30, and will be known as École Kingston East Elementary School until a new name is chosen.

The renaming process will begin when the new school year begins in September.

"The Board of Trustees acknowledges the ongoing pain and harm related to the use of that name within our school communities but particularly with Indigenous members," says LDSB Board Chair Suzanne Ruttan. “Removing the current name at the end of the school year is a timely way to begin the healing process while planning for meaningful consultation with the Indigenous community, students, families and staff.”

On Wednesday, Kingston city council voted to remove the Sir John A. Macdonald statue from City Park in Kingston. It will be held in storage while consultations are held to move the statue to the grave site of Canada's first prime minister in Cataraqui Cemetery.