A historical society south of Ottawa is in the finals of a nationwide contest to try to save a historic house, with a chance to win a $50,000 grant.

When travelling through Iroquois, Ont., the historic stone building on the corner of Carman Road and Elizabeth Drive South is hard to miss.

Known as Forward House, it is one of the oldest structures that remain in the village after this area was flooded to make way for the St. Lawrence Seaway in the 1950s.

"Two-hundred-years-old and she has strong bones. It's a good building, but she has been neglected and she needs some work," noted Wendy Graham of the Historical Society of South Dundas.

So the society entered an online competition called The Great Save, put on by the National Trust of Canada, to try and help save the house.

"The old council wanted to knock it down. We fought tooth and nail to save it and that's what we need the money for," Historical Society President John Bridge said. "We need the money to build the Forward House back up to the potential it has, to make it that great spot in the town."

"The house is in such disarray right now," added Bridge. "We have a new roof, we have remediation, we have a furnace in the basement that is the original furnace that is full of asbestos we have to get that removed." 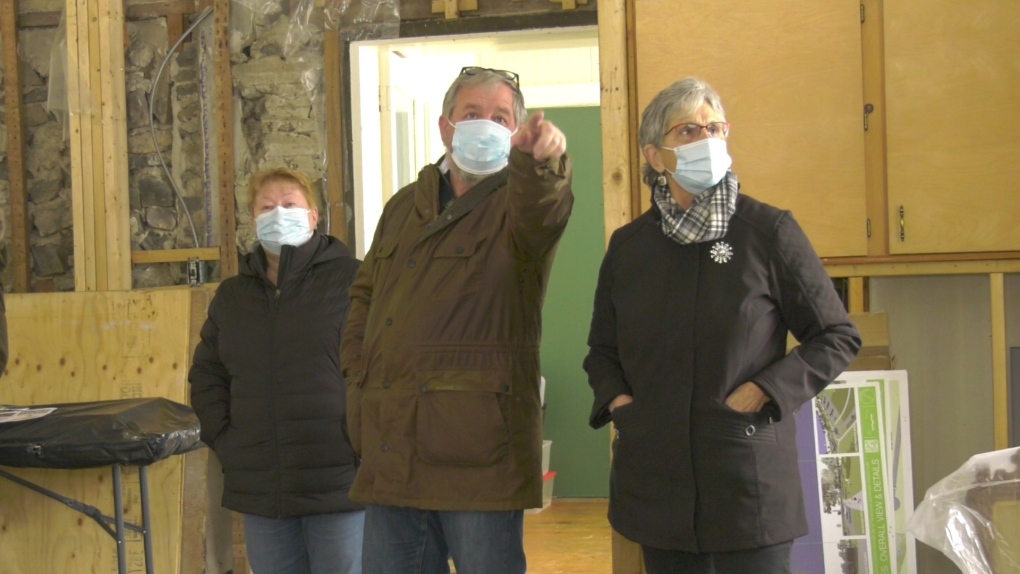 Historical Society of South Dundas President John Bridge points out what needs to be done inside the Forward House in Iroquois, Ont. (Nate Vandermeer/CTV News Ottawa)

The plan is to turn the Forward House into a historical centre and meeting spot for locals, and the group is asking for votes from the public to help them achieve their goal.

"We need a jump start, so to speak, to get off the ground, get the house ready so that we can begin the work and rehabilitating and repurpose this house into a vital component of our community," Graham added.

And if they win, the new South Dundas Council will look to help out with possible funding as well.

"They've approached us about doing some dollar matches and we are going to enter here in budget time here in February and we're going to look at everything and do the best we can," South Dundas Mayor Jason Broad said.

"We want to attract tourism and have people visit us and the history of it is very important as well as all the new things that we plan to do," he added. "Winning that competition would be a great way to get kick-started and a great credit to the group on what efforts they are doing."

"To lose the history is heartbreaking," Bridge said. "Once it's gone it's gone. You're never going to get it back."

"Iroquois, right on the seaway, fantastic spot, people come through here all the time to see the ships, see the locks. This will be a great spot to have people meet, to just focus on the town," he added.

"Understanding our built heritage connects us to our past and helps us understand where we came from, where we are now and where we're going," Graham said, "It's so important for the younger generation, especially while the older generation is still alive to tell their stories." 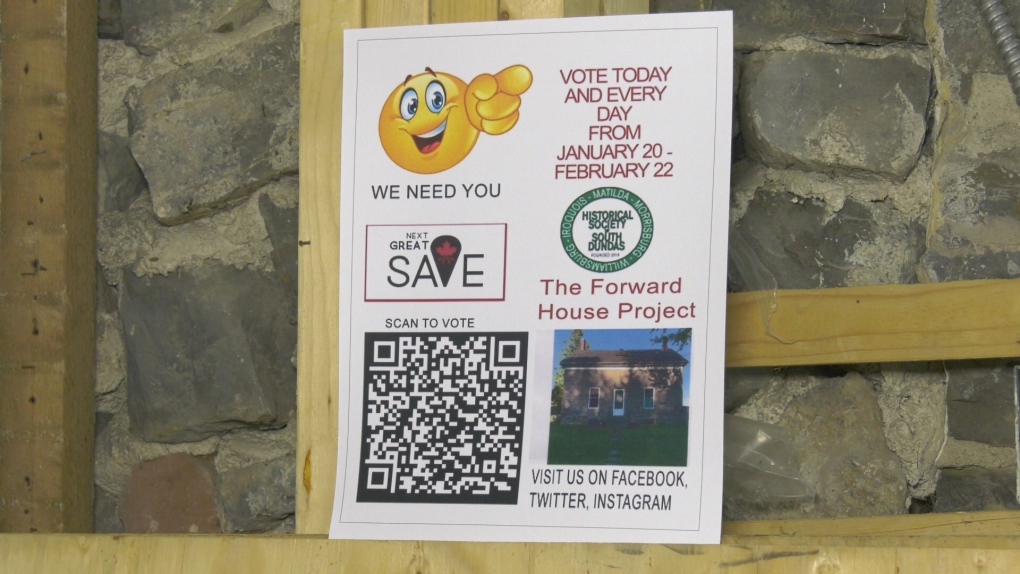 A flyer asks people to vote in the Next Great Save contest in support of Forward House in Iroquois, Ont. (Nate Vandermeer/CTV News Ottawa)

A train station in Duncan, B.C. is currently leading the vote count, while the Forward House sits in 8th place.

"We need those votes, the competition is fierce," Bridge said. "Please remember once you do vote, confirm that email, that's huge because we need that conformation email."

People can vote online once a day until Feb. 22, when the winner will be declared.