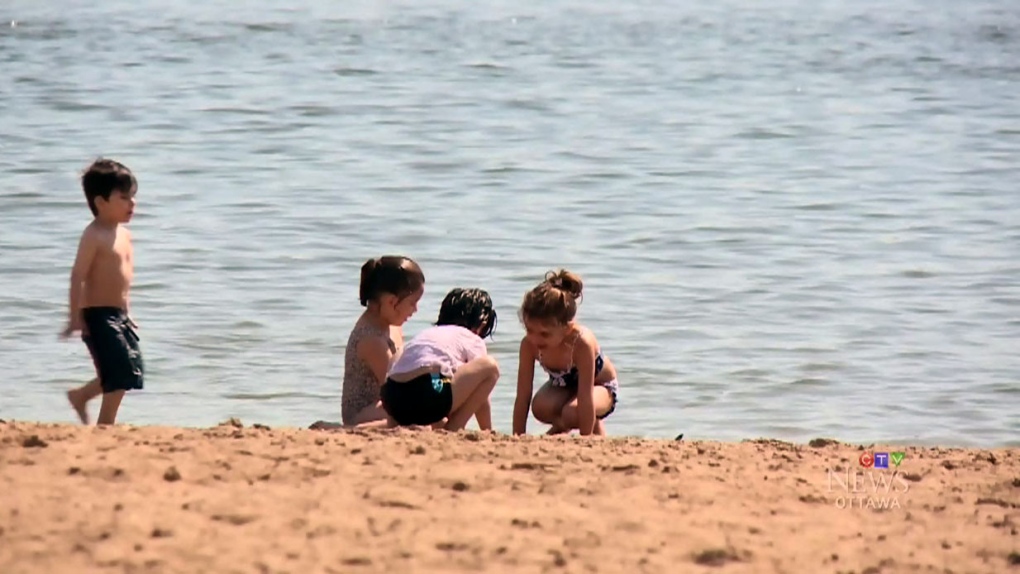 OTTAWA -- Environment Canada's top climatologist says the hot and humid weather during the first weekend of summer is a "tease" for the new season in Ottawa.

Summer officially arrived at 5:44 p.m. Saturday, on day three of the heat warning for Ottawa and eastern Ontario.

"This is the dress rehearsal. This is the opening act to what we think will be a hot and rather dry kind of summer coming up," said David Phillips, Environment Canada senior climatologist.

"All the models seem to suggest that's the case, from the next month right through to Labour Day."

The temperature hit 32C on Saturday, the fourth straight day with temperatures above 30C in Ottawa.

"We think the flavour; the personality of this summer is we've already seen it. We've already had a feel for it beginning in May," said Phillips during an interview on CTV Morning Live Friday, noting Ottawa saw a high of 35C on May 27.

Environment Canada is calling for warmer than normal temperatures, and below normal rainfall for summer in Ottawa.

Phillips says we've been talking about the heat for the final few days of spring, and it will continue into summer.

"We're going to see a lot of tropical air, American air. So it looks like it's going to be a hot summer."

A heat warning continues for Ottawa, with Environment Canada saying hot and humid weather will remain in the region until at least Monday.

2020 is expected to be the warmest year on record globally.

Reviews of temperatures for May 2020 by NASA, NOAA, Berkeley Earth and the European agency Copernicus concluded May was the warmest May on record globally.

Speaking on CTV News at Six, University of Ottawa climatology expert Paul Beckwith said the jet streams have slowed down, and they are very wavy.

"So there's strong ridges and strong troughs of these waves, and we happen to have a ridge stuck over us, a persistent ridge, meteorologists call it a block," said Beckwith on Saturday.

"It's why we have this heat and no rain either, very little rain anyway. The storm seems to miss us all the time in Ottawa."

While Ottawa is enjoying above seasonal temperatures, some parts of the United States have barely reached their average temperatures for this time of year.

"Because the Arctic is warming so much faster than the rest of the planet, it lowers the temperature difference to the lower latitudes to the Equator," said Beckwith.

"Therefore the jet streams slow down and become wavier and can also get stuck in place. We can get these persistent patterns where you can have a heat wave for a few weeks and then it gets colder for a few weeks," added Beckwick.

"So it depends on where you're located on the Earth relative to where the jet stream waves are. If you are in the ridge, it is hot and very, very dry. If you're in the trough, it's very, very rainy and stormy and cooler."