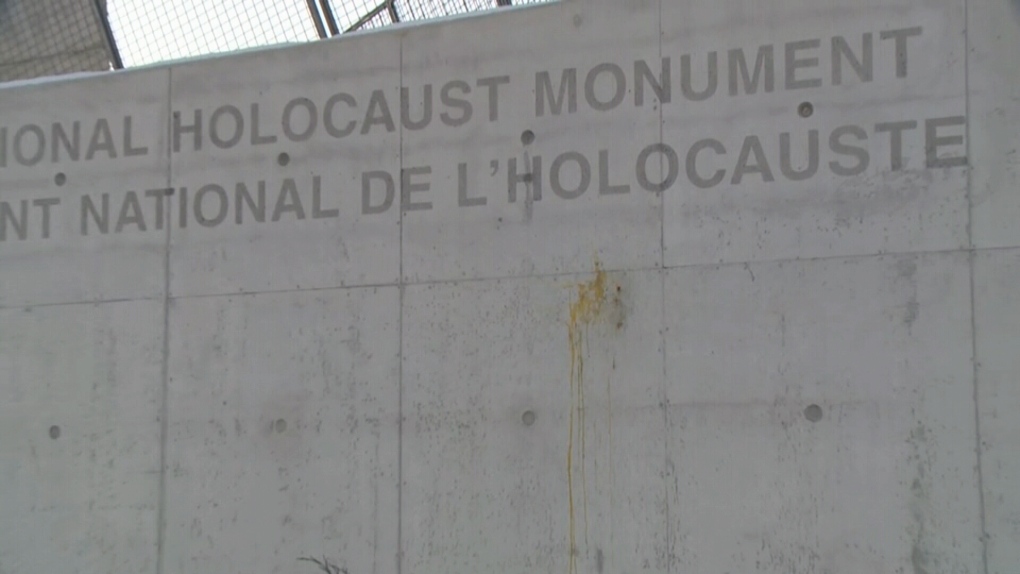 The Ottawa Police Hate Crimes section is investigating after the National Holocaust Monument was defaced with eggs Wednesday. (CTV Ottawa/January 29, 2020)

OTTAWA -- A hateful act of vandalism will be investigated as a hate crime after the National Holocaust Monument was defaced Wednesday.

A caller to CTV News reported that eggs had been smashed on the monument near Lebreton Flats.

Ottawa Police confirming Wednesday night on social media that they're taking the incident seriously and the newly-revived hate crimes section will be investigating.

Police are investigating an incident involving the defacing of the National Holocaust Monument on Booth Street and treating this matter seriously. #ottnews
1/2

On Twitter, Chief Peter Sloly said the incident was "completely unacceptable and it will not be tolerated."

Incidents such as this are deeply disturbing to many communities especially when they target specific groups. It is completely unacceptable and it will not be tolerated. #ottnews #ourOttawa @JewishOttawa https://t.co/RuRfaQgI6E