At least, that's the hope for Martin Whyte, who purchased the property in February 2022, and has approached the township for a zoning amendment to get the range up and running again.

"I'd like to keep using this site as a firing range. It's already built, all the infrastructure is here," he told CTV News Ottawa.

"There are not enough gun ranges in Canada and despite it being a polarizing issue, people want gun ranges."

Whyte says the site was once used by the Ontario Provincial Police around 30 times a year to certify their officers. He says an outdoor range at this location would be popular.

"There are waiting lists for several of the local ranges 500 people deep. Some ranges aren't even taking waiting lists anymore," he said.

"Ultimately, for me, I have a group of veterans I support and they want a place where they can come, privately, quietly, away from the public and be able to share a brotherhood of their history and have a place to shoot that's safe." 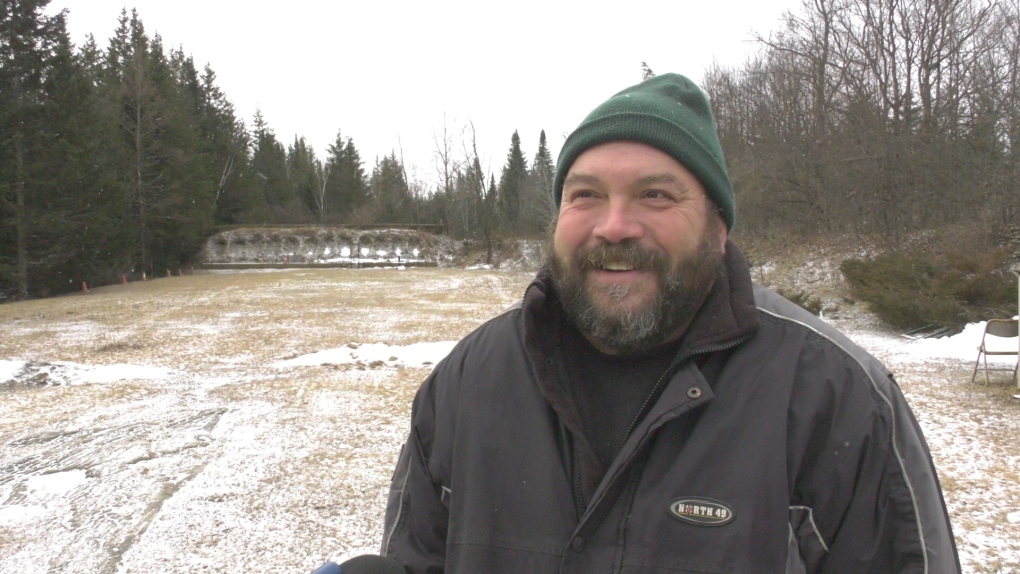 Martin Whyte says he wants to revive an abandoned gun range in Perth, Ont. to give sport shooters a new, safe place to practice, but he has met opposition from neighbouring residents. (Nate Vandermeer/CTV News Ottawa)

However, he has encountered opposition from local residents who say the range doesn’t fit within the community.

"Unfortunately, it seems that they are entrenched in their position and unwilling to negotiate or discuss even the possibilities that this could happen," Whyte said.

Residents say that noise is their number one concern. More than 500 people have signed a petition to try to halt the proposal.

"It's a very, very, loud sound. We can hear it here … across the lake, the folks who live over there can actually hear it," said nearby resident Nancy Chevrier.

"We experienced the OPP when they were here and we tolerated it because it was very rare that they were there, about 18 times, maybe 30 times a year and they always let us know when they were coming," she said.

"(The gunfire) was loud enough that you couldn't sit out on your deck and have a coffee in the morning, for example." 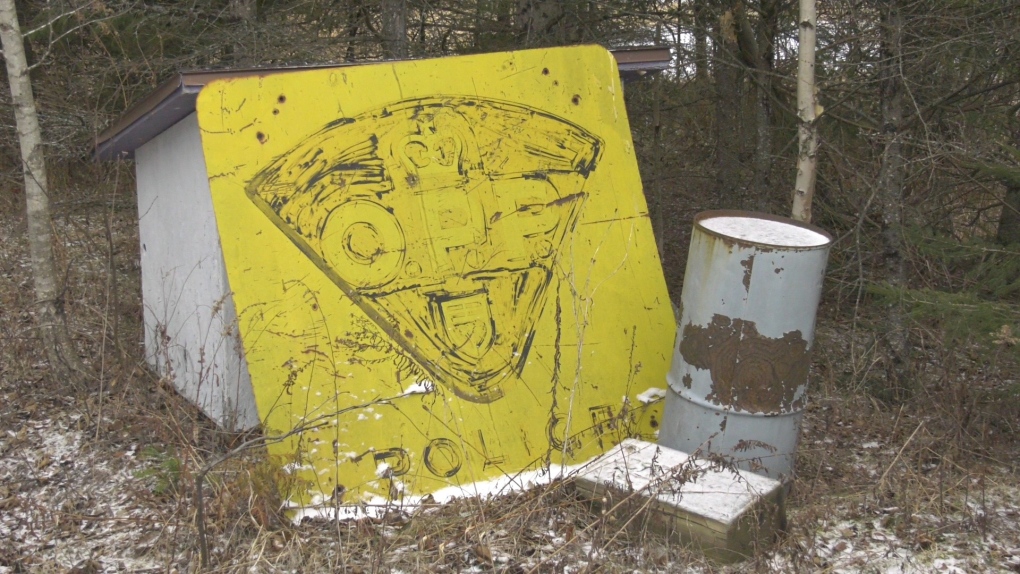 Chevrier says she is not against gun ranges, and agrees that there needs to be safe spaces to practice the sport.

Whyte says he does not intend to set up a a day-to-day firing range.

"24/7, 365? No. My intent of this was so that these retired veterans would have a place to come shoot, and myself as well," he said. "I'm an avid hunter and it's important for hunters to sight in their guns."

"Ideally, what I would like to be able to shoot would be rifles, which are typically known as long guns, and handguns. We're not allowed to have automatic weapons, contrary to some of the stories that are out there."

Whyte says the range will not be a free-for-all, and would be regulated to follow strict guidelines already in place.

"You're not going to be able to walk in off the street and unload your rifle and just shoot willy-nilly," he said.

"We will have strict guidelines. It will be a membership only, you will have to be vetted, you will have to have your proper licenses as set out by the government. We will be regulated by the chief firearms officer and if we don't follow the regulations, we lose our license. Pretty simple."

Whyte has conducted a noise study from the range, where the nearest home is approximately 840 metres away.

"The noise was below the safe levels as outlined by the Ministry of the Environment," he said. "Other studies have been done showing that the further away you get the noise decreases exponentially."

Drummond/North Elmsley Township deferred a decision on the proposal at a December meeting.

Reeve Steve Fournier said approval for the range would hinge on three soon to be released reports, including a noise study verifying Whyte's results.

"We're probably looking at February when we get this report presented to us and then we can give it to the public and the applicant and go from there," Fournier said.

"There's either a yes answer or a no answer and we have to make sure we have everything available to make that decision," he added. 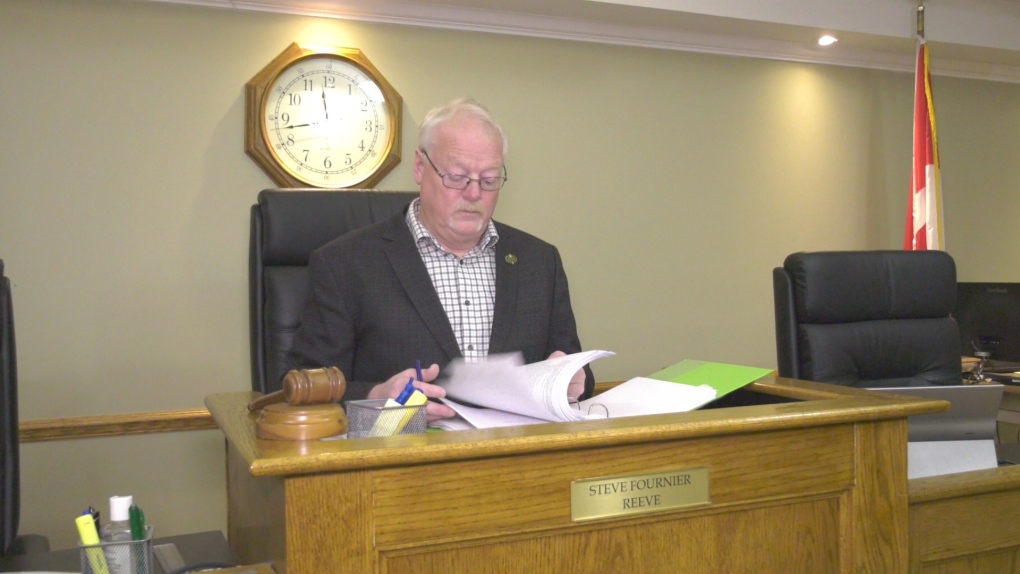 Fournier, in his ninth year with council, said no other proposal has garnered this much feedback from the community.

"It's hit a nerve, but we just have to go through the motions to make sure we make the right decision based on the information," Fournier said, adding he expects an appeal after whatever decision is made.

"If we say yes, the community is going to appeal. If we say no, the applicant is going to appeal. So we, as a township, have to get all of our ducks in a row, make sure all of the reports are there, because if it goes further to a committee of adjustments or something, we need documentation," he said.

Chevrier noted that the township's emblem calls for ‘peace, plenty, and progress,’ which is something they should abide by.

"We want to keep the peace. A gun range will only bring plenty of noise and it will impede progress," she said.

"We're very open to talking with people, but at the same time our position is pretty straightforward and it's pretty solid: we don't want a gun range in this particular community because it will disturb our way of life," Chevrier added.

Whyte said he has reached out to some residents who oppose the proposal, including an equestrian farm on a neighbouring property, but no discussions have been had.

"They have basically said they have no interest in discussing this, and that's unfortunate because in our world today there should be able to be discussion on everything," Whyte said.

"Perhaps I could do something that would make their lives easier if it is approved," he added.

"I think it's prudent that council take their time, dot their i's and cross their t's, but at the end of the day if it meets the guidelines it should be approved, and I think we've proven that it does meet the guidelines."

WHO: COVID-19 still an emergency but nearing 'inflection' point

The coronavirus remains a global health emergency, the World Health Organization chief said Monday, after a key advisory panel found the pandemic may be nearing an 'inflection point' where higher levels of immunity can lower virus-related deaths.

The federal government failed to spend tens of billions of dollars in the last fiscal year on promised programs and services, including new military equipment, affordable housing and support for veterans.

Federal New Democrat Leader Jagmeet Singh says he will call on the House of Commons to hold an emergency debate on the privatization of health care.

Economic matters will be top of mind for parliamentarians as they return to Ottawa to kick off a new year in federal politics.

A suicide bomber struck Monday inside a mosque within a police compound in the northwestern Pakistani city of Peshawar, killing at least 28 people and wounding as many as 150 worshippers, most of them policemen, officials said.

When 1990s suede fringe jackets started making a comeback last year, a U.K.-based vintage clothing company decided to order four tonnes of suede from a supplier in the United States. Along with that shipment came a once-in-a lifetime discovery.

Anti-poverty activists are praising the Quebec basic income program as a good step toward helping people meet their basic needs — but say strict eligibility criteria exclude many of the province’s lowest-income residents.

On a bleak, windswept hillside in northeast Ukraine, three young boys recently discovered a cell phone signal, something difficult to find in their region since Russia invaded their country. and they've set up a makeshift school around the signal.