Grocery shopping challenge: Who can get the best deals?

Grocery shopping challenge: Who can get the best deals?

With the cost of food on the rise, more consumers are looking for ways to save at the grocery store.

The cost of groceries has risen 10.8 per cent in the past year, Statistics Canada reported earlier this week.

There were a few rules. They were allowed to go to any grocery store. They must track their mileage and the time it takes them, and reveal if they go to more than one store. They are free to price-match and use coupons. Costco is allowed if they are a member, but they must factor in the price of a membership.

All items must be brand name: no No Name, Compliments substitutes or house brands are allowed.

After they’re finished, they must donate their items to a food bank or shelter.

Before heading out the door with a list of 12 items that you can easily find at any grocery store, it was important to do some research.

I downloaded an app called Flipp, where you can browse through flyers in your area.

I searched all 12 items looking for the best deals nearby and made a list of the price of everything as I went.

It took at least 45 minutes of research before even heading out the door.

Next, it was off to the first stop, Walmart in Barrhaven. I price compared every item on my list from the flyers, comparing to what I found on the app.

I already felt like I was saving some cash, but it did take a lot of price comparing and note taking.

The second stop was 2.6 kilometres away.

Off to Food Basics, where I had some items saved from the flyer.

Here I also stopped at the cash because I wanted to use a coupon, but needed to download the store app.

It was to save on Oreos, a total savings of 50-cents in total, which was cheaper than the $3 price marked in store.

Another saving that I caught on the app was on shredded cheese.

My last stop was Fresh Co, which was 5.5 kilometres away.

I was price comparing everything as I went, slowing down the shopping process.

I got field tomatoes, chicken noodle soup, and a carton of eggs.

My total mileage of the day between all three stops was eight kilometres, but the process was time consuming and took an average of 30 minutes per store.

All in all, I walked out with the best deals I could find for all twelve items.

So, Natalie won. It’s okay. But I’m contesting the win, her six bananas were definitely smaller and weighed less - like, the 30 cents or so less which I lost by.

We went to the same stores, Fresh Co., Walmart and Food Basics, but we shopped differently.

I spent a solid 30 minutes in the morning browsing Flipp, an online and app-based digital flyer aggregator, to look for the deals of the day and I found most.

Milk was tricky and so was peanut butter, I could not find ads in flyers so I decided to check the Walmart.ca website. Kraft peanut Butter, 1 kg., $5.77. As for milk, I went with my gut feeling.

My original list consisted of three stores, and the 12 items I was searching for was split fairly evenly across them.

However, that changed when I made my first stop at Fresh Co., a grocery store which price matches.

When it comes to price matching, the Flipp app worked well. I had ‘clipped’ a coupon for Oreos at Food Basics for $2.50, and, also, from Food Basics, a sale on bacon for $6.49 and shredded cheese at $4.99. At the register, I presented the deals on the app and the cashier matched the price, plus a penny.

While I was able to get seven of the 12 items at Fresh Co., my unfamiliarity with price matching slowed me down, spending nearly an hour shopping for only a handful of items.

Barrhaven has all the major players when it comes to groceries and they are all within a five-minute drive, which made getting the best price easy, if you have a vehicle.

Walmart had the best price on peanut butter, I also purchased lettuce for under $2 and bananas were comparable in price to most grocers. Eggs cost $3.59/dozen - although for only a few cents more, Food Basics sells an 18 pack. I should have bought my milk here, I would have saved 10 cents over the competitor, and Walmart does not participate in price matching.

Food Basics had the best price on ground beef in the area, $3.88/lb. It is where I went.

Overall, shopping took about 90 minutes, and I travelled eight kilometres, probably $1.50 worth of fuel.

However, time is also money, and many people shop at the same store, start to finish, as a matter of convenience and that will cost more in some cases. What I found is that saving cash takes time, which can be money well spent. If you’re saving 30 per cent on a grocery bill, or buy smaller bananas. 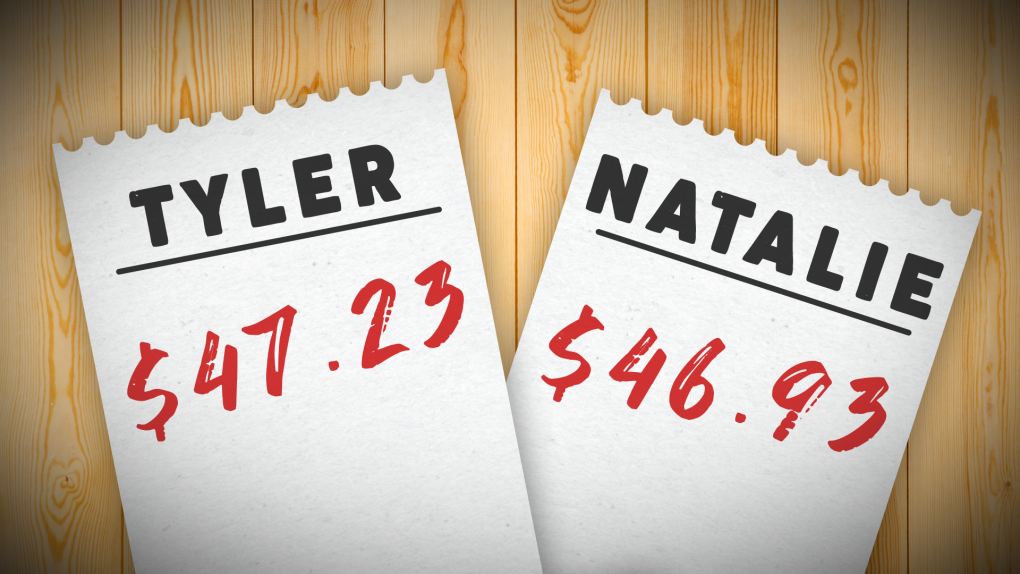 North Korea on Sunday fired a short-range ballistic missile toward its eastern seas, extending a provocative streak in weapons testing as a U.S. aircraft carrier visits South Korea for joint military exercises in response to the North's growing nuclear threat.