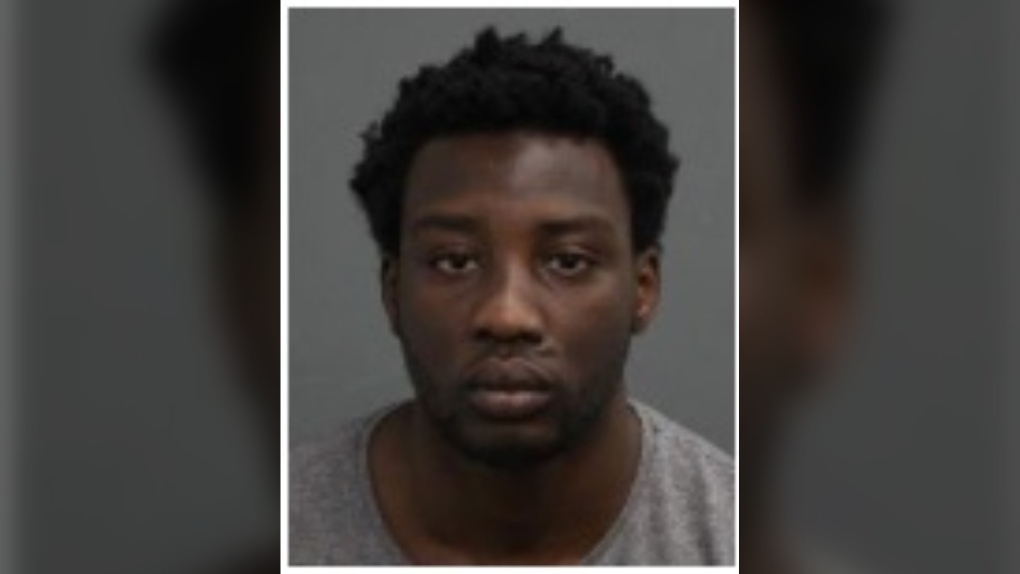 Jeffrey Dondji, 21, is wanted on a Canada-wide arrest warrant on a charge of first-degree murder. Police believe he may be in northern Ontario. (Photo submitted by the Ottawa Police Service)

OTTAWA -- Ottawa police say a 17-year-old girl is facing a charge of first-degree murder in connection with the death of an Ottawa man in July, while a 21-year-old man remains wanted on a Canada-wide warrant.

Mohamed Hassan, 21, was found dead behind Samuel Genest high school on Carsons Road July 27. His body was discovered on a walking path behind the school.

Police said Hassan had been shot to death.

In a news release on Saturday, the Ottawa Police Service said a 17-year-old girl was arrested with the help of the North Bay Police Service and is now charged with first-degree murder. She is scheduled to appear in court on Sunday.

The girl cannot be named under the Youth Criminal Justice Act.

Ottawa police also said a Canada-wide arrest warrant has been issued for 21-year-old Jeffrey Dondji on a charge of first-degree murder.

Dondji is described as a Black male, 6’2”, 195 lbs, with a prominent scar above the left side of his lip.

Investigators believe he may be in northern Ontario.

If you have any information about this matter or the current whereabouts of Dondji, please contact the Ottawa Police Service Homicide Unit Tip Line at 613-236-1222, ext. 5477.