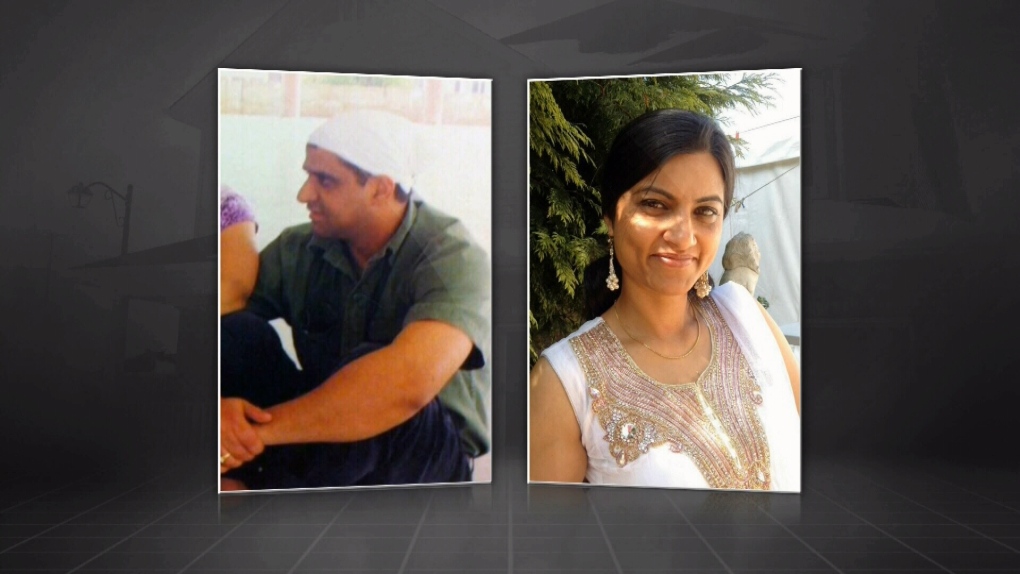 OTTAWA -- Twice convicted murderers Bhupinderpal Gill and Gurpreet Ronald have been formally sentenced to life in prison with no chance of parole for 25 years.

The pair was convicted in August of first-degree murder in the 2014 death of Gill's wife Jagtar Gill. The pair had been convicted once before of the crime in 2016, but underwent a new trial following an appeal.

Jagtar Gill was found bludgeoned and stabbed to death in her Barrhaven home on her wedding anniversary in 2014. She is remembered as a loving mother of three and a cherished daughter.

A first-degree murder conviction comes with an automatic life sentence with no chance of parole for 25 years. The couple was officially sentenced Wednesday.