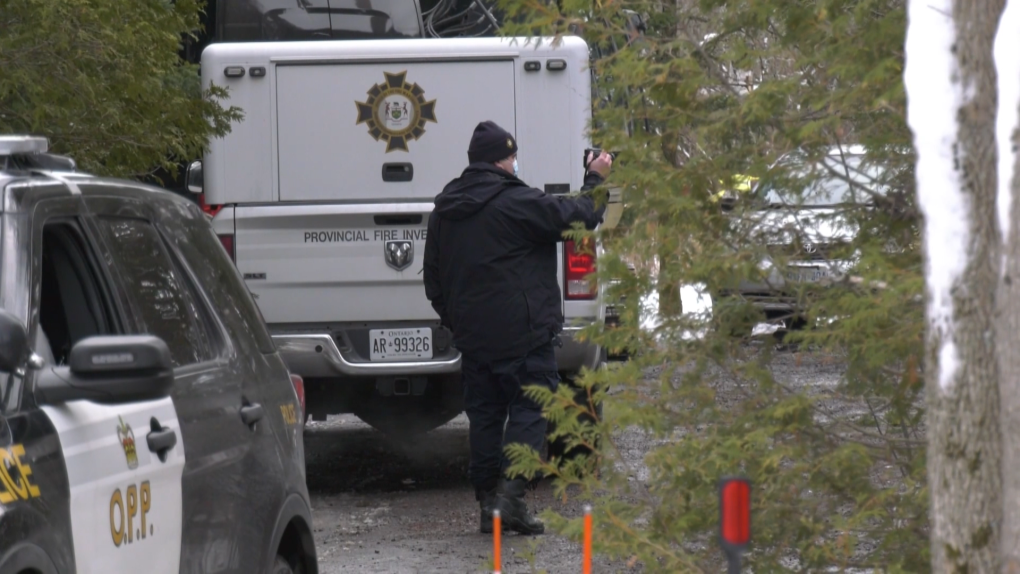 Investigators at the scene of a fire in Oxford Mills, Ont. OPP said Wednesday that four bodies have been recovered.

OTTAWA -- Ontario Provincial Police say four bodies have been recovered from the scene of a fire near Kemptville.

The fire at the log cabin on Stone Road near Oxford Mills broke out around 6 p.m. on Sunday. Fire officials said the home was fully engulfed in flames when crews arrived and it collapsed quickly.

Officials said Monday that four people were missing following the fire. In a press release on Wednesday, the OPP said four bodies were recovered at the scene.

The victims have not been formally identified but police say their family members have been contacted.

Neighbours told CTV News on Monday that the homeowners, a couple in their 60s, were kind and caring people who had built the three-storey log home in the 1980s and had lived there ever since.

The fire remains under investigation by the Office of the Fire Marshal and the Coroner's Office, with the assistance of Grenville OPP.