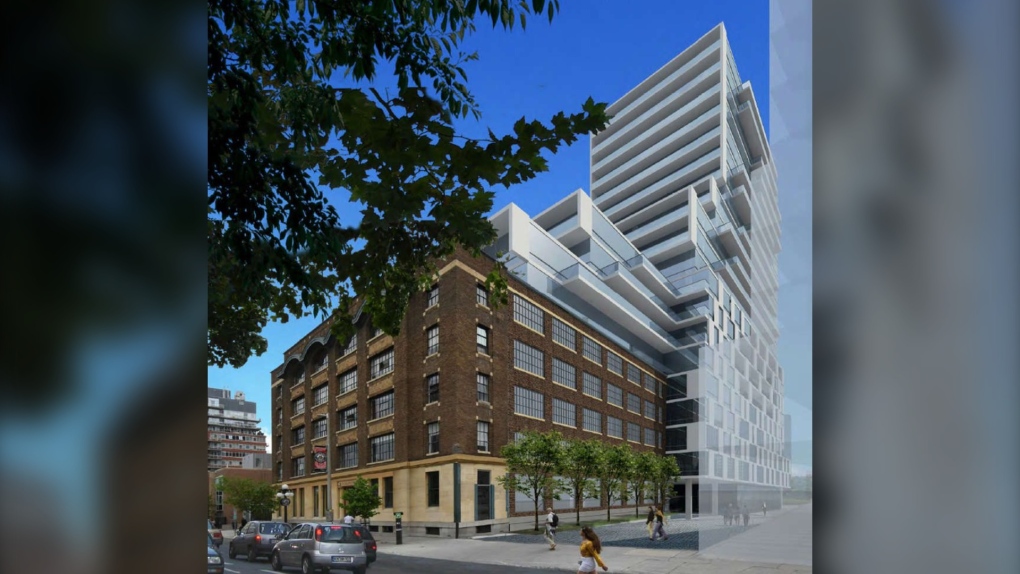 Montreal-based Rimap Hospitality plans to convert the Major Building, a former warehouse built in 1913, into a 222-room Moxy hotel. (Marriott)

A ByWard Market heritage building that once housed global ecommerce success story Shopify is being turned into a hotel.

Owner Rimap Hospitality announced this week it plans to convert the Major Building, a former warehouse built in 1913, into a 222-room Moxy hotel. Moxy is a Marriott brand.

The hotel will occupy the first five floors of a 22-storey mixed-use tower that includes the warehouse at 126 York St., which is now designated a heritage building.

The plans call for “eclectic public spaces, a street-side restaurant, and the playful Bar Moxy concept, which allows guests to check-in at the lobby bar,” Rimap said in the announcement.

“The property will boast industrial-chic characteristics by utilizing and preserving the existing structure of the historical S.J. Major Warehouse.”

The warehouse was home to Shopify for several years when it was a startup, until the company moved to 150 Elgin St. in 2014.

The hotel is scheduled to open in 2024. It will be near another Rimap property, the 25-storey AC Hotel by Marriott, currently under construction at the site of the former Beer Store on Rideau Street.

Rimap Hospitality is based in Montreal.