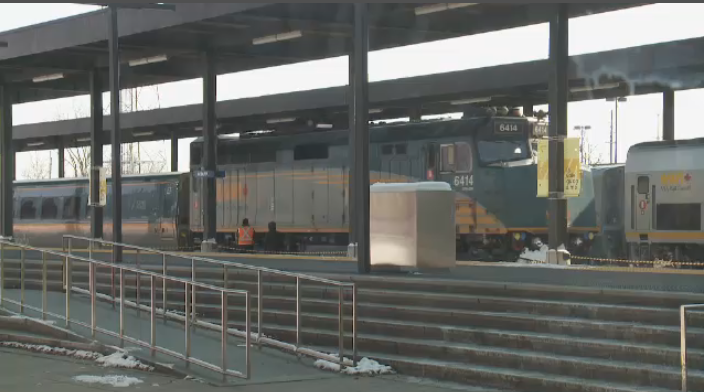 OTTAWA -- Via Rail service from Ottawa to Toronto has been cancelled for the third day in a row.

FEBRUARY 9: Due to the protesters currently blocking tracks near Belleville, Ontario, train service between Montreal and Toronto and between Ottawa and Toronto is canceled in both directions. https://t.co/HAPXhFBRbH for all updates

Anti-pipeline protesters in Belleville, Ont. have forced VIA Rail to suspend service between Toronto, Montreal and Ottawa for the second day in a row.  As a result of the protests in Belleville, service between Ottawa and Toronto and between Montreal and Toronto has been interrupted in both directions as VIA Rail works to refund tickets for affected trips.

Passenger Annabelle Marie was stuck on a train Thursday for hours and decided to take a Greyhound bus home Sunday instead. “On Thursday I wasn’t able to go to Toronto so I missed 24 hours with my friends and then I spent 8 hours on a train for absolutely no reason.”

She says, “I am just super frustrated about the whole situation. There are a bunch of people in a similar situation as me.”

Train service from Ottawa to Montreal is running. But passengers aren’t able to go from Montreal to Toronto, Ottawa their final stop.

Brenda and Jason Duhaime took the train from Montreal to Ottawa Sunday. They say they are thankful Ottawa was their final destination. Brenda says, “We met a lady that was waiting at the Montreal train station since one o’ clock Saturday.”

In a statement to CTV News, VIA Rail says “While our trains are prepared to leave on schedule should we achieve line clearance, we are monitoring the situation closely with the command post and until the issue is resolved, departures from Ottawa/Montreal to Toronto and Toronto to Ottawa/Montreal can’t operate due to these circumstances beyond our control. Services continue to operate between Ottawa and Montreal, between Montreal and Quebec City, and west of Toronto in Southwestern Ontario.

As the situation evolves, we keep our passengers informed by email and invite them to consult the ''Arrivals and departures'' section of our website at viarail.ca for the updated schedule in real time.”

The Ontario Provincial Police said that they are monitoring the protests.