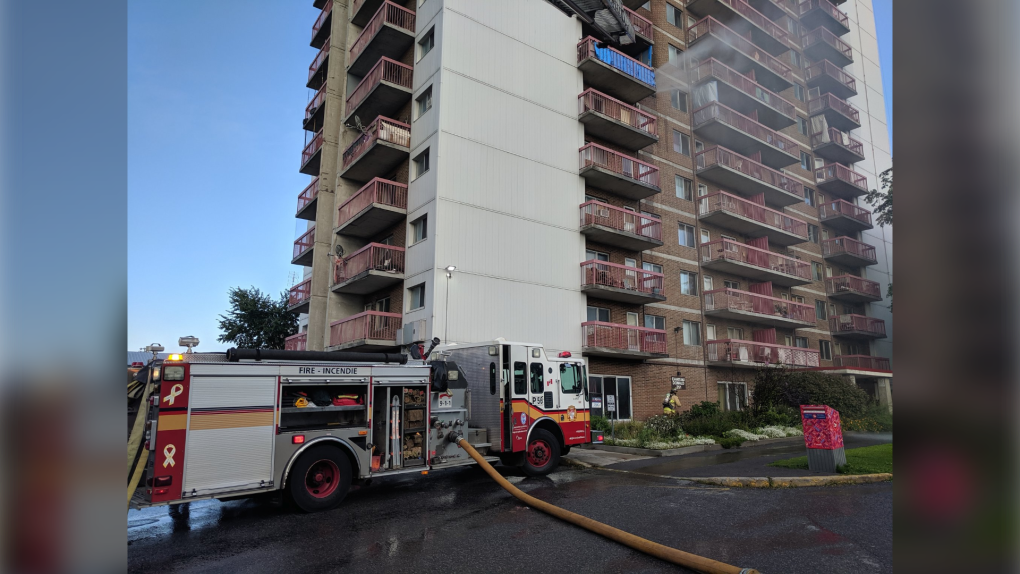 Ottawa Firefighters have an apartment fire under control at an Ottawa Community Housing high-rise in Overbrook, where a fire just one month ago claimed a man’s life.

Fire crews were called to 251 Donald St. at around 8:00 a.m. Wednesday. Smoke could be seen coming out of the window of a 7th floor unit.

Three people were taken to hospital in stable condition.

Firefighters also rescued a dog from the hallway.

Last month, a fire broke out at the same building. A 63-year-old man died in the blaze. The building also saw an electrical fire in December 2018, which forced hundreds of tenants out of their units for several days.

The fire at 251 Donald Street is now under control. Ventilation and salvage.operations are underway. Three occupants in the care of @OttawaParamedic .#ottnews #ottcity #ottawafire pic.twitter.com/5RRa4djdpg